Venezuela seeks to position native products in the world market 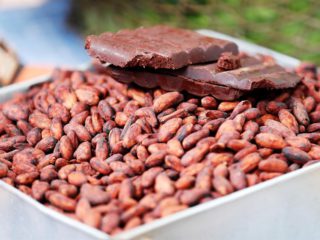 Caracas, Sep 13 (EFE) .- Venezuela presented cocoa, rum and coconut liquor at the World Symposium on Geographical Indications (GI) with the aim of certifying these products and distinguishing them with the quality seal of origin, and protecting its origin for marketing in different parts of the world, the Government reported on Monday.

The GI, known in other places as Denomination of Origin (DO), distinguishes a product by its identity and its characteristics, which are mainly due to the particularities that come from a specific area, region or country gives it. .

The Venezuelan Executive, which virtually participates in the world event that began on September 6 and will last until March 22, 2022, recalled that “to constitute a geographical indication, a sign must identify a product as originating from a place determined”.

And with the intention of achieving the certifications, Venezuela showed the benefits and quality of the Chuao cocoa, Venezuelan rum, Pecaya cocuy and the Larense cocuy “.

The IG director of the Autonomous Intellectual Property Service, Zulay Poggi, explained that “this space is holding a debate that brings together representatives from Asia, America, Africa and the European Union, to analyze important aspects of the use and protection of certified products. “.

Likewise, Poggi reported on the work agenda of this symposium, which includes the commercial field, developments at the international level, the socioeconomic impact of GIs and their sustainability, as well as the challenges in the world and the domain name system. from Internet.

In addition, he explained that “this meeting will be accompanied by a virtual exhibition on GIs, in which the area dedicated to Venezuela is presented and that can be seen from September 6 to March 2022.”

The forum is run by the World Intellectual Property Organization (Ompi), with the aim of facilitating the exchange of ideas and proposals among GI-producing countries.