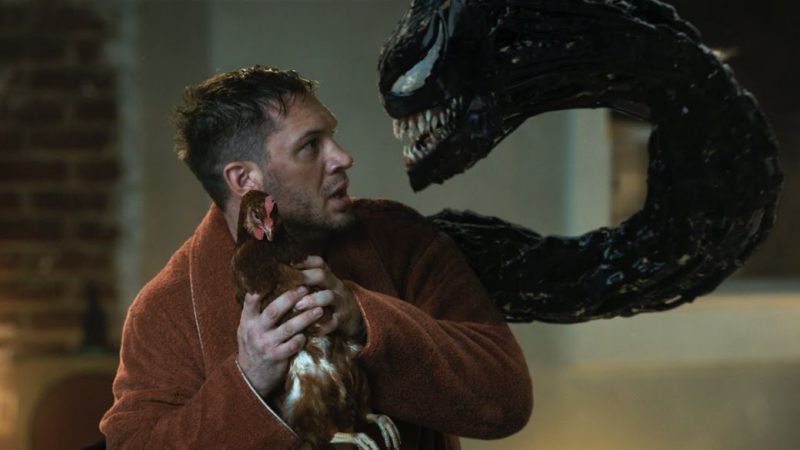 This news contains plot spoilers / spoilers for Venom: There Will Be Carnage.

Venom: There Will Be Carnage has been one of the film industry’s biggest box office hits since the pandemic began. Sony Pictures released last October this new installment led by Andy Serkis, a sequel to the original 2018 work in which Eddie Brock and the Symbiote left us scenes to remember. However, at the end of the film we didn’t know what happened to Eddie Brock’s chickens —Which we remember are Venom’s staple food. A new deleted scene that you have been able to access Collider reveals to us what really happened.

This scene was removed from the original footage of Venom: There Will Be Carnage, which is exactly 90 minutes long; but as usual months later, what, due to different circumstances, was left out of the film comes to light. In the movie, Eddie decides to bring chickens home so Venom can quell his urge to gobble up human brains. Such is the affection they take with two of them that they give them a name and become pets: Sonny and Cher, in honor of the musical duo.

Venom: There Will Be Carnage, the fate of Sonny and Cher

In this new scene – set just as Eddie and Venom are temporarily separated – we see Eddie trying to restore his damaged apartment and leaving both chickens in a park, next to a statue of the Spanish novelist Miguel de Cervantes: “ this was never going to work, “he acknowledges.

All the bonus content of Venom: There Will Be Carnage will be available in full as soon as the film is released on Blu-Ray on December 14. Taking into account what happens in the post-credit scene, where it is confirmed that Venom becomes part of the same universe as Spider-Man from the Marvel Cinematic Universefans wonder if we’ll somehow see Venom in Spider-Man: No Way Home, which opens worldwide this December 16.