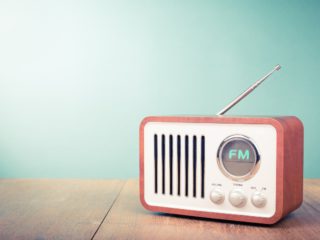 “Save UKW” is the name of an online petition with which signatures are currently being collected quite successfully from the Swiss population. The online signature collection comes literally at the last minute, because the end of VHF radio has been a government decision in the Confederation since 2017. But now, unexpectedly, a few days ago a well-known woman appeared in public, the (former) minister Doris Leuthard, who was once politically responsible for the shutdown project. Until the end of 2018, she was head of the Federal Department for the Environment, Transport, Energy and Communication (DETEC). As the current prominent figurehead of the “Save UKW” initiative, Leuthard is now also demanding that the stations be switched off later.

At the time, FM was considered a “discontinued model”

Leuthard said in one last week Interview with Radio 1, VHF was considered to be a discontinued model. But now it would turn out that only half of the vehicles in Switzerland are equipped with DAB + or Internet radio. “That makes it difficult to switch off the FM radio prematurely.”

The SRG points out that according to an EU regulation, receivers in new passenger vehicles must be able to receive digitally terrestrial radio programs since December 21, 2020. This regulation also applies to Switzerland, believes the SRG.

Millions of radios would become useless

But even outside of vehicles, millions of fully functional radios in Switzerland would be useless, say Leuthard and the “Rettet UKW” initiative. “That would destroy national wealth, because nobody can use these devices anymore. And nobody wants that,” said Leuthard.

DETEC took note of Leuthard’s statements, as it announced at the request of the Keystone-SDA news agency. The FM switch-off is also a decision of the industry, which also determines the time. Whether the organizers would return the VHF radio licenses at the agreed time or use them until the end of 2024 is currently being discussed in the industry, writes the SDA.

So far Norway has completely said goodbye to VHF radio. DAB + is also available in many other European countries, programs are running for the widespread introduction of digital radio or there are plans to do so. This also applies to Germany. However, there is currently no switch-off date for the FM radio. Other countries have postponed the decision to switch off FM radios, such as Great Britain, where the FM stations are now supposed to run until 2032.

For Switzerland results from a survey by the market research institute GfK Switzerland (PDF file) on behalf of AG DigiMig that the main radio use via DAB + or over the Internet has increased by 24 percentage points since autumn 2015 to 73 percent in autumn 2020. At the same time, FM usage among the Swiss population fell by 24 percentage points, from 51 percent to 27 percent.

In Germany, FM is the most widely used type of radio reception at almost 64 percent. Digital reception has increased significantly since 2013. At that time it was 8.8 percent, today it is 27 percent who most frequently use a digital reception channel.