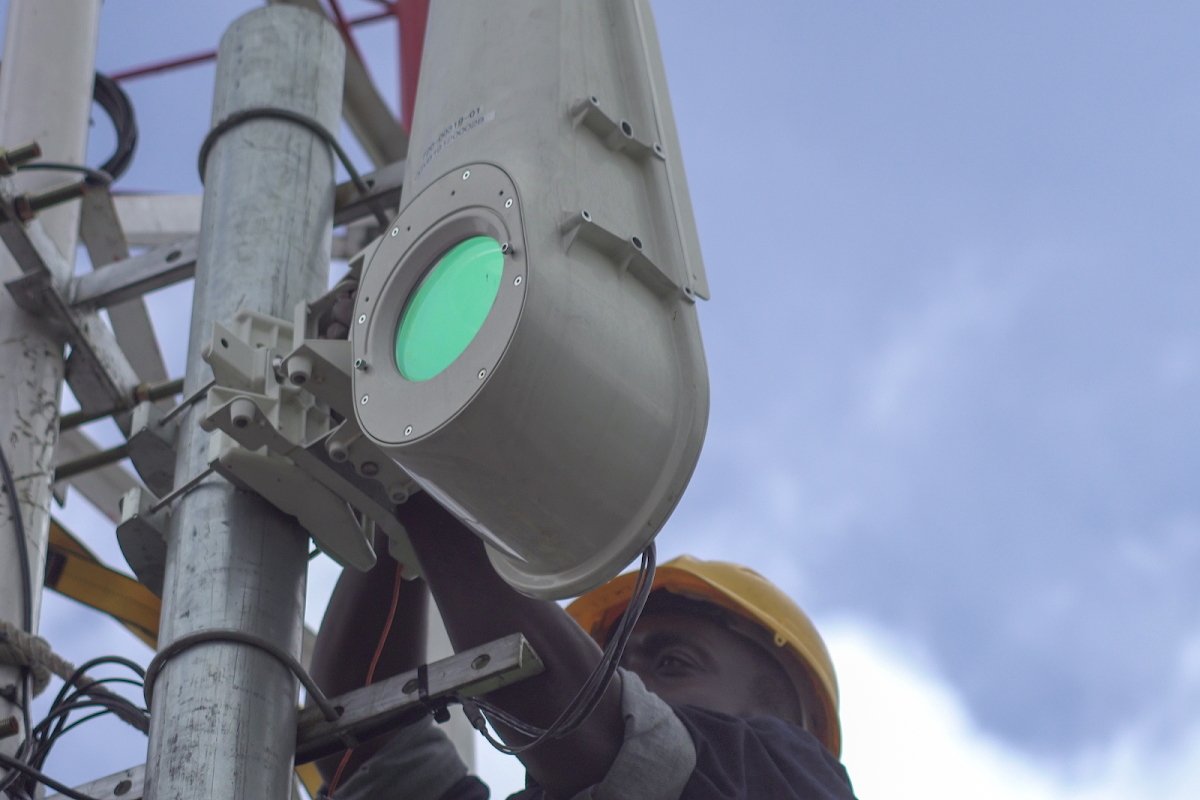 Via laser over the Congo: Alphabet connects Kinshasa more directly to the Internet

Above-ground laser beams could provide a comparatively stable and inexpensive internet connection in some regions of the world. A first system is now in operation in West Africa and supplies the metropolis of Kinshasa with more affordable internet than before. At least that’s what the US company Alphabet, from which the technology used comes from, explains. The connection has been active for 20 days at a transmission rate of 20 Gbps and has transmitted 700 terabytes, while it worked 99.9 percent of the time. In the city on the Congo, this solved a very special problem, but that could also work elsewhere, according to Alphabet.

The connection was set up by an Alphabet subsidiary called Taara. Emerging from the now crushed company Loon, which wanted to connect remote regions to the Internet with stratospheric balloons, Taara works with specially developed technology: Special lasers were supposed to transmit the large amounts of data between the balloons and are now used much more deeply. As Taara explains, the lasers are now bridging the Congo, which separates the capital of the Democratic Republic of the Congo from Brazzaville, the capital of the Republic of the Congo. The cities are not even five kilometers apart. But the river was too big an obstacle. The fiber optic connection to Kinshasa takes place via a detour of 400 kilometers. Internet access in Kinshasa is therefore five times more expensive than in Brazzaville.

In principle, the WOC (Wireless Optical Communications) technology now used in the Congo works like the fiber optic cable, but with a few special features. Accordingly, special terminals were built on both sides of the river, between which the lasers are set up. In order to establish the connection, the terminals looked for each other’s light. The reliability is limited by various environmental factors, including fog, haze, interruptions by birds and, as in a test in India, “curious monkeys,” explains Taara. Some of these could be overcome by automatically adjusting the strength of the laser, for example.

According to Taara, being able to provide people with fast internet access “most of the time” is better than leaving millions without internet access. With the above-ground laser connections, a maximum of around 20 Gbps could be transmitted, “enough for thousands to watch YouTube at the same time”. With a population of more than 10 million people, Kinshasa is one of the largest cities in Africa. The connection is little more than a drop in the ocean. Taara made another world map, which shows where the visibility is ideal for laser connections 10 kilometers long. While it doesn’t look good in Europe, there are still some places in Africa, South America and South Asia where the technology could at least help.