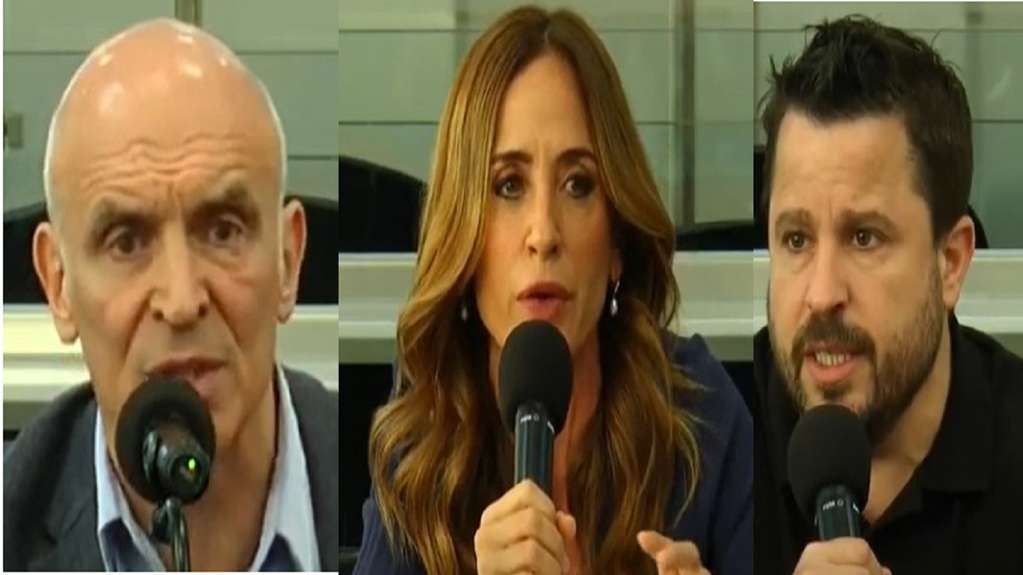 The Argentine Agroindustrial Council (CAA), made up of 64 chambers and entities of the sector, received this Thursday, at the Buenos Aires Cereal Exchange (BCBA), some of the main candidates for national deputies ahead of the legislative elections on November 14.

In this case, it was the turn of Victoria Tolosa Paz, who heads the Buenos Aires payroll of the Frente de Todos (FdT), the economist Martin Tetaz, who supports María Eugenia Vidal in the Buenos Aires proposal of Juntos, and the economist Jose Luis Espert, who leads the Avanza Libertad space in the province of Buenos Aires, and during the talk he was accompanied by his list partner, Carolina Píparo.

The visit of the applicants, who exhibited separately, was developed in the Operations Room of the Buenos Aires entity. It occurred in a context where the national government has just sent, in consensus with the CAA, a draft Law for the Promotion of Agrobioindustry, which proposes tax incentives to reach US $ 100 billion per year in exports by 2030 and thus create 700 thousand jobs.

As expected, the official leader, Tolosa Paz, supported the project. “You have to have a country look that raises the level of exports in the medium and long term, but with the aim of growing and developing the productive capacity in each of the localities ”.

“The idea is to export more, but through manufactured products of agro-industrial origin to the world and the region”added. On that, he stated that “the development and growth that this sector had in the last 20 years is undeniable” and valued that “it helped in the foreign exchange earnings”, At times of tension between the Government and the countryside due to the meat stocks and interventions in the corn market.

“If there is a sector that allows us to dream that the rest of the industrial branches will grow, it is you”, Tolosa Paz told the businessmen of the CAA, an entity that represents 65% of national exports and 18% of Argentina’s GDP. In addition, the leader ruled out a possible tax hike.

In turn, he added that the national government “does not regard the countryside or the productive sector as enemies”, If not the opposite”, because it is the goal to “lay the foundations of a solid economic structure with three immovable pillars such as the economic, the social and the environmental.”

“It is about exporting with a view of growth, development and inclusion,” he pointed out, noting that “the commitment is that manufactures of agro-industrial origin are the most important thing in exports.”

On the other hand, he asserted that agriculture “is a strategic partner of the State to meet the objective of transforming the productive matrix of Argentina, in which the value in origin is the secret of the development of the country ”.

In turn, Tetaz stressed that he has worked with “many entities and producers for years”, and that is why he said “to know well the problems that the sector has.” In this regard, he exclaimed: “Count on us to promote in Congress all the reforms that are necessary to improve the situation.”

However, he assessed that the country has “3 structural problems” that must be resolved as soon as possible. “It has a brutal anti-export bias for 75 years, a monetary illusion and a fiscal illusion. These great inconveniences are not resolved with a promotion law for some sector ”.

In that sense, he considered that agriculture “has lost the cultural battle” in order to end “the anti-export bias” so far. “Without that battle won, we cannot make the transformations that we want for Argentina. We do not need artificial incentives, what we need is to end this bias ”.

The specialist said that “They need to be left free at international prices”, and that “it is almost disrespectful for an official to propose some kind of promotion or subsidy scheme.” Along these lines, he pointed out: “I am not very fond of differential regimes.”

“Have no doubt that I will always push in favor of investment and production, and against privileges. My philosophy and commitment is that international quotes, which are given by opportunity businesses, are the ones that define where the resources have to go, and not an official on duty ”, he indicated.

In tune with one of the objectives of the Agroindustrial Congress, Espert assured that Argentina must “look at the world from another perspective”, not to request loans, but as “an opportunity to trade.”

“The way to trade is with zero export withholdings, and with very low import duties, of 2% or 3%, to pay the expenses of the Customs, and nothing more ”, he highlighted.

On this, he said that his position is to remove export duties for all products. “It is nonsense that there are retentions, it is an aberration as a concept, when in all countries they kill themselves for selling to others. We are the only ridiculous who penalize shipments abroad.

In addition, He clarified that he is not in favor of the differential to export either, as is currently the case, between primarized and industrialized products. “Whether it’s the bean, the flour or the soybean oil, there has to be zero withholdings for everyone.”

Meanwhile, he emphasized: “The worst enemy for agribusiness is import substitution. Because nobody is going to invest in the activity, with the risks it has, if at the same time there are other items that are always exempt from competing with the outside, because they are protected by an official who is probably the same madman who puts the withholdings and prohibits exports. Therefore, a flag that the field should always fly, and that mistakenly never does, is that of the free trade”.

In that sense, his partner Carolina Píparo, who occupies the second place in the list of Avanza Libertad and is currently a Buenos Aires legislator, clarified that her specialty is not economics, although she celebrated that “today there are so many candidates with proposals for lower taxes”.

Regarding the initiative presented by the CAA together with the Government, Píparo commented: “It is important that a minimum consensus has been reached on the project through the technical tables. You also have to understand that sometimes you can approve one part first, and another later to start that way. Although that path with Kirchnerism is quite difficult and in the province we have very little information from the Executive. I am glad that I have listened to you, perhaps because the ballot boxes have marked a different path for them. We have not read this proposal yet, but we want to read all of them, not just yours “