Home
News
VIDEO: A lake in the US emits sounds like ‘Star Wars’

VIDEO: A lake in the US emits sounds like ‘Star Wars’ 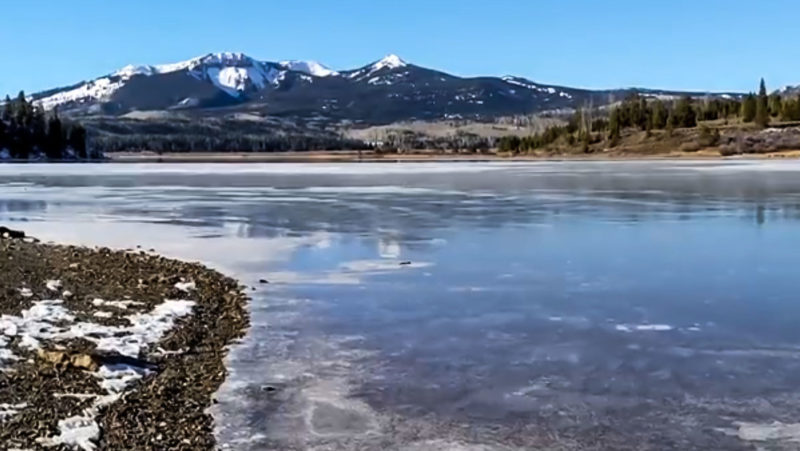 The icy surface of Steamboat Lake in the US began to make strange sounds, according to a video recently released by the Colorado State Wildlife and Parks Service.

🔊 Volume up for this video 🔊 Make it to the 5 second mark to hear INCREDIBLE sounds of the ice at Steamboat Lake state park (sounds like Star Wars tbh). pic.twitter.com/yEyY3uhs5Z

The noises, reminiscent of the sound of laser shots from the ‘Star Wars’ saga, are due to temperature fluctuations that cause the ice to expand or contract and, consequently, to crack, explain local media.

The publication garnered numerous reactions, with several users stating that they don’t understand what what is happening. “The first time I heard it, I almost died”, he claimed one. At the same time, another netizen joked that there are ‘stormtroopers’ and ‘Star Wars’ rebels fighting under the ice.

Storm troopers and rebels under the ice: pic.twitter.com/mP0Qldrqh6