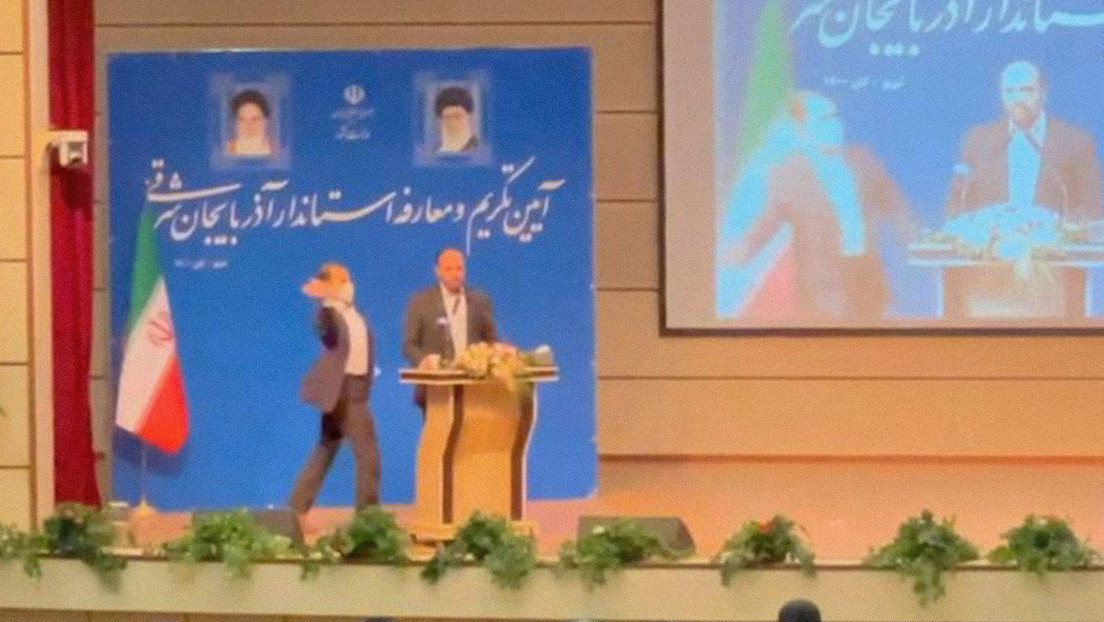 VIDEO: A man slaps an Iranian governor in the middle of the inauguration ceremony

Zeinolabedin Razavi Khorram, recently appointed as governor of the Iranian province of East Azerbaijan, was attacked this Saturday during the inauguration ceremony.

While the politician was making a speech, a man came on stage, slapped him and gave him a shove. The attacker was detained by security guards moments later and expelled from the room.

According informs Fars News, the individual who attacked the governor is a military man, and he justified his action by saying that the day before his wife had gone to get vaccinated against covid-19 and that a male doctor administered the vaccine.

The incident did not stop the ceremony. Once he resumed his speech, Razavi Khorram indicated that he does not know the man who attacked him but that he forgives him.