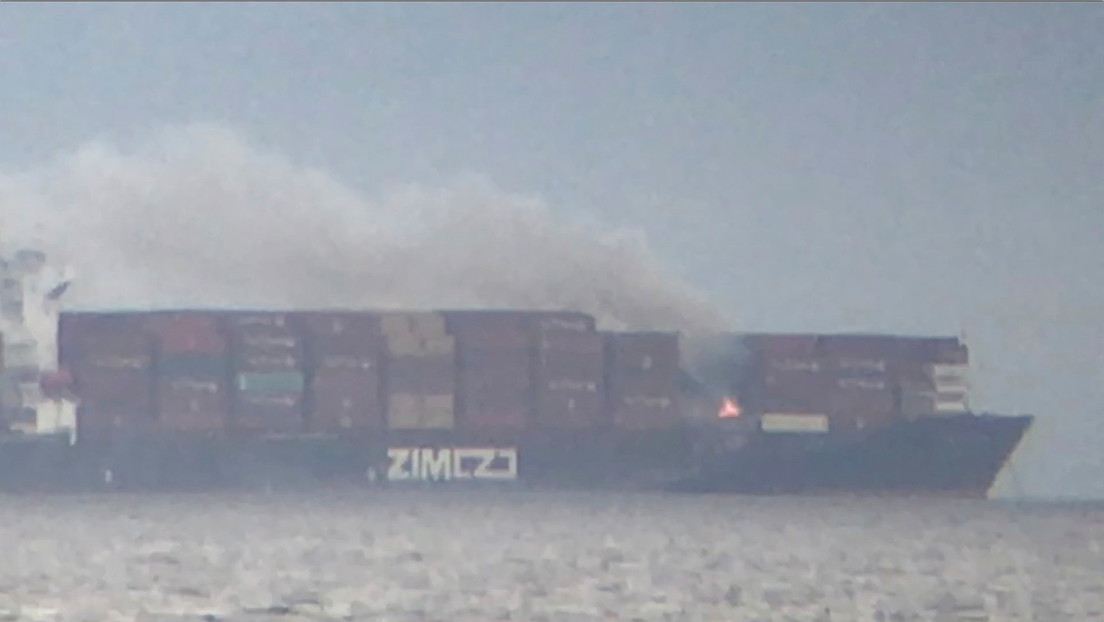 VIDEO: Containers with hazardous materials catch fire aboard a freighter off the coast of Canada and emit toxic fumes

A fire broke out on Saturday aboard the cargo ship Zim Kingston, which is anchored near the Canadian city of Victoria. According to a spokesperson for the country’s Coast Guard, the fire affected the containers with hazardous materials on board.

A spokesperson for the Joint Rescue Coordination Center noted that 10 crew members of the vessel were evacuated, while 11 still remain on board, they report local media.

Authorities indicated that an emergency zone was established within one mile (1.6 kilometers) of the freighter. “The ship is on fire and expels toxic gases,” reads a warning issued by the Coast Guard.

Containers with hazardous materials catch fire aboard a freighter off the coast of Canada and emit toxic fumes ➡ https://t.co/RcnfEvYe83pic.twitter.com/ErqTopztAH