Home
News
VIDEO: Messi’s “beautiful” gesture with his wife during the Ballon d’Or gala for which he is praised on social media

VIDEO: Messi’s “beautiful” gesture with his wife during the Ballon d’Or gala for which he is praised on social media 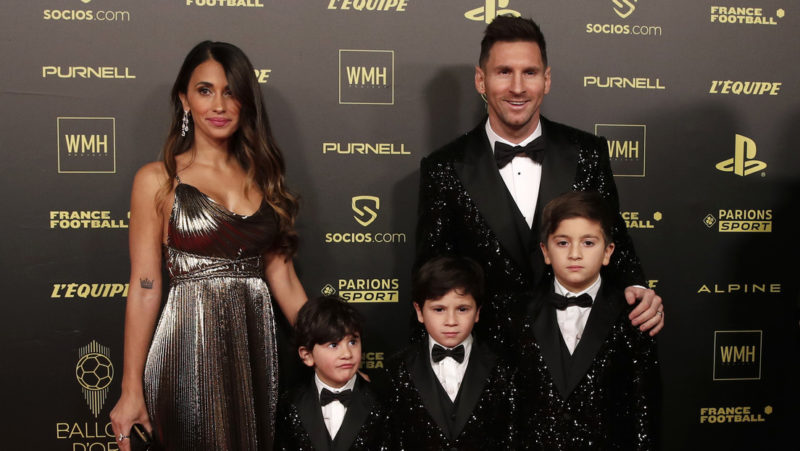 The recent Ballon d’Or 2021 gala was memorable not only for the fact that Lionel Messi won for the seventh time the prestigious award that France Football gives to the best player in the world, but also for a “handsome“gesture that the Argentine star had with his wife Antonella Roccuzzo.

A video released this week on social networks shows that, in the middle of the red carpet, an organizer asks the woman to move away from the Paris Saint Germain striker so that he can be photographed alone. When Roccuzzo tries to step aside, the Flea makes a gesture and indicates to the hosts that his wife must not leave the place.

“They ask Antonella to stand aside to take photos of Messi alone and he asks her to stay by his side. By God, what a man! Wait no less, queens ”: Messi enforces his wife’s place in full gala of the 2021 Ballon d’Or award. 📹: Twitter pic.twitter.com/sGT9XcESU1

The fact was praised by users of social networks, who stood out that Messi is “great in every way” and “that the most important thing is his family.” “A gentleman, first is the family and then the rest. He showed the respect he has for his wife! My respect for Messi”, wrote a netizen. “Very well done, he gave him his place despite what they told him”, added other.