Home
News
VIDEO: Moment of the violent entry of an armed group into a prison in Mexico to free 9 inmates, including ‘El Michoacano’

VIDEO: Moment of the violent entry of an armed group into a prison in Mexico to free 9 inmates, including ‘El Michoacano’ 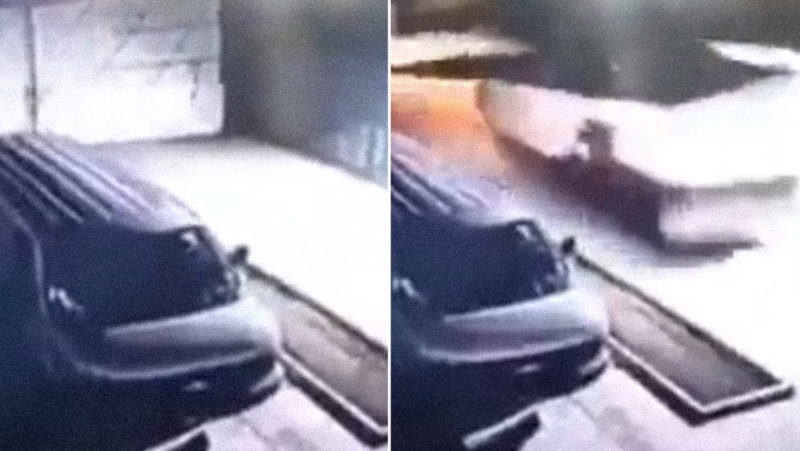 A criminal commando broke into a jail in the Mexican city of Tula on Wednesday in a modified van, used to knock down a gate, with the aim of freeing nine prisoners.

The ‘modus operandi’ was revealed through a 14-second video, shared on social networks, where the exact moment is observed when a vehicle, modified with a metal plate on the front, violently enters the premises, knocking down an access gate.

Meanwhile, in the vicinity of the penitentiary, explosions were recorded, as a result of the detonation of three car bombs by the armed group.

Three car bombs explode and 9 inmates are admitted to liberal in Mexico A command of armed criminals exploded three car bombs and entered the Social Reintegration Center of Tula, Hidalgo (Mexico). The attack ended with the escape of nine inmates. pic.twitter.com/W6XbJBLt7X

During the events there were clashes between prisoners and the authorities, while the armed group tried to remove several inmates. Two policemen were injured and nine inmates escaped.

The escapees are part of the group ‘Los Marras Chicos’ or ‘Michoacanos’ and the explosions were part of the plan to free José Artemio Maldonado Mejía, alias ‘El Michoacano’, and his brother, who belong to the armed self-defense group Pueblos Unidos.

The moment of the escape of Mejía along with his eight accomplices, aboard a truck, was recorded by the camera of a toll booth. According to the authorities, six of the vehicles used in the escape were identified, they report local media.