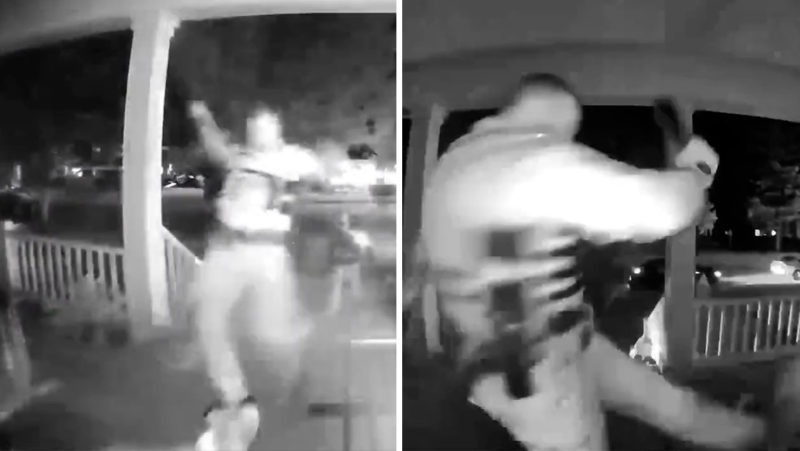 Images showing a Terre Haute (Indiana) police officer brutally kicking a dog at the entrance of its owners’ home have gone viral on social media.

This Tuesday, Twitter user Haley Richey public in his account the video recorded by a camera in his house, in which the agent can be seen beating the animal. “Last night, while my family and I were at work, someone broke into my house. My dogs chased the intruder away. This was the response after a neighbor reported him. My home needed help and all he received was damage, “Richey denounced.

Yesterday evening while my family and I were at work, someone broke into my home. My dogs ran the intruder off. This was the response shortly after a neighbor called. My home needed help and all it received was hurt. #AnimalCrueltypic.twitter.com/0tnNbSulod

Upon learning of the images, the Terre Haute Police Department issued a statement, in which he alleges that said video shows just a small part of the story and that the woman’s version of the officers responding to a robbery alert is “false.” “Based on this shared narrative and short video segment, we fully understand the outrage expressed by many,” says the Department on its Facebook account, posting the video captured by the officer’s body camera, which he was almost attacked by two dogs.

The local police added that on the night of November 29, a neighbor reported that an aggressive pitbull was “attacking everyone who passed around the place “, and that it was not the first time. He also points out that in the past said dog bit a girl and a postman.

In the end, the owner of the house came and the Police charged him with 6 charges, which include keeping dangerous animals loose and not immunized. It also highlights that the man refused to file a robbery complaint. The local Prosecutor’s Office has reviewed all the images and has determined that the agent did not commit “no criminal activity“.

On social media, the video posted by Richey has generated outrage among many Internet users and some qualify as “pathetic excuse“The response of the Police Department.” If this is how aggressive you are towards a dog in your own home, how will you treat the people of your community? “, a user reacted to the publication of the police force. Meanwhile, others criticize the dog owners for keeping dogs out, even more so in the case of pit bulls.