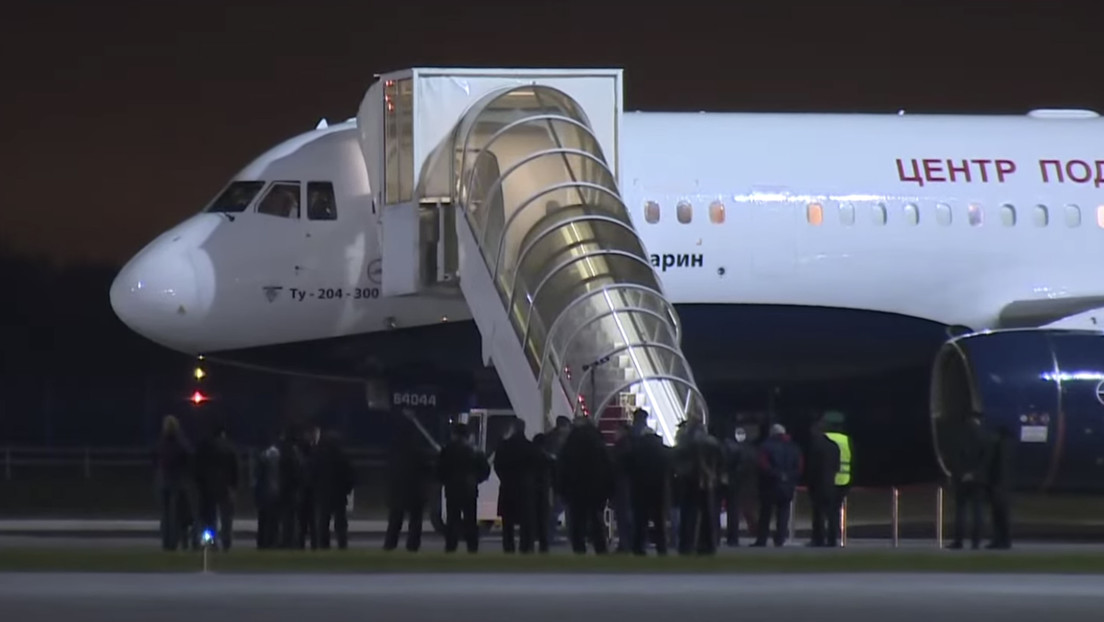 VIDEO: The Russian team from the first film in space arrives in Moscow after landing

The Russian team for the first film in space arrived in Moscow this afternoon, hours after landing in Kazakhstan from the International Space Station (ISS).

The Russian film crew and Russian Space Agency cosmonaut Oleg Novitski returned to Earth in the Soyuz MS-18 spacecraft, which undocked from the ISS at 1:14 UTC. The landing of the three took place at 4:35 UTC in a remote area of ​​Kazakhstan in the vicinity of the Kazakh town of Zhezkazgan.

The film, which will be titled ‘Výzov’ (‘Challenge’, in Russian), tells the story of a doctor who is forced to fly into space to save the life of a cosmonaut. In the race against time, the doctor has only one month to prepare for space travel.