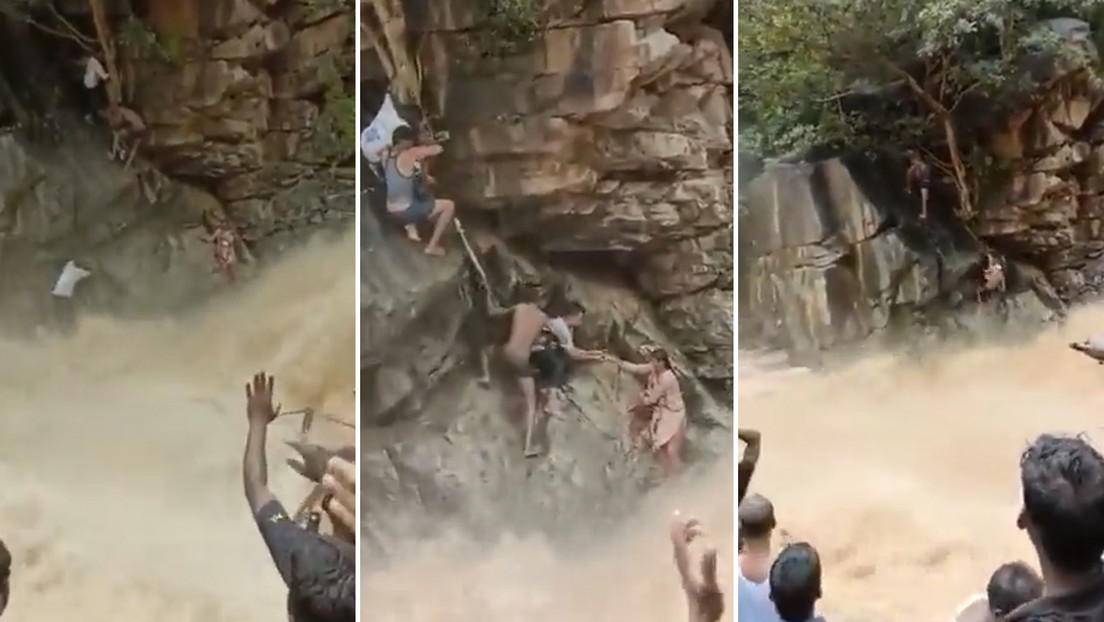 VIDEO: They rescue a woman and her son who were trapped next to a waterfall by the floods in India

A video posted on social media shows the moment when forest agents from the Indian state of Tamil Nadu rescue a woman and her child, trapped by floods in the Anaivari waterfalls, in the Salem district, informs The Indian Express.

In a dramatic scene, the Tamil Nadu Forest officials rescued a woman and her child who were trapped due to the flash flood at Anaivari waterfalls near Attur in Salem district. The place was reopened for public two months ago as part of #Covid19 relaxations. pic.twitter.com/0VuQ77zF53

In the recording, a woman is seen sitting on a rock holding her baby near the gushing waters while several men approach them. Rescue officers carefully lift the boy and then the woman with a rope.

However, at the end of the video, two men helping forest officers lose their balance and fall into the water. Both reportedly swam across the river and are safe.

Salem District Forestry Officer K. Gowthamel confirmed that no deaths or injuries were recorded after the incident.

Landslides and floods caused by heavy rains have already left many fatalities in the country and last week their number rose to 41.