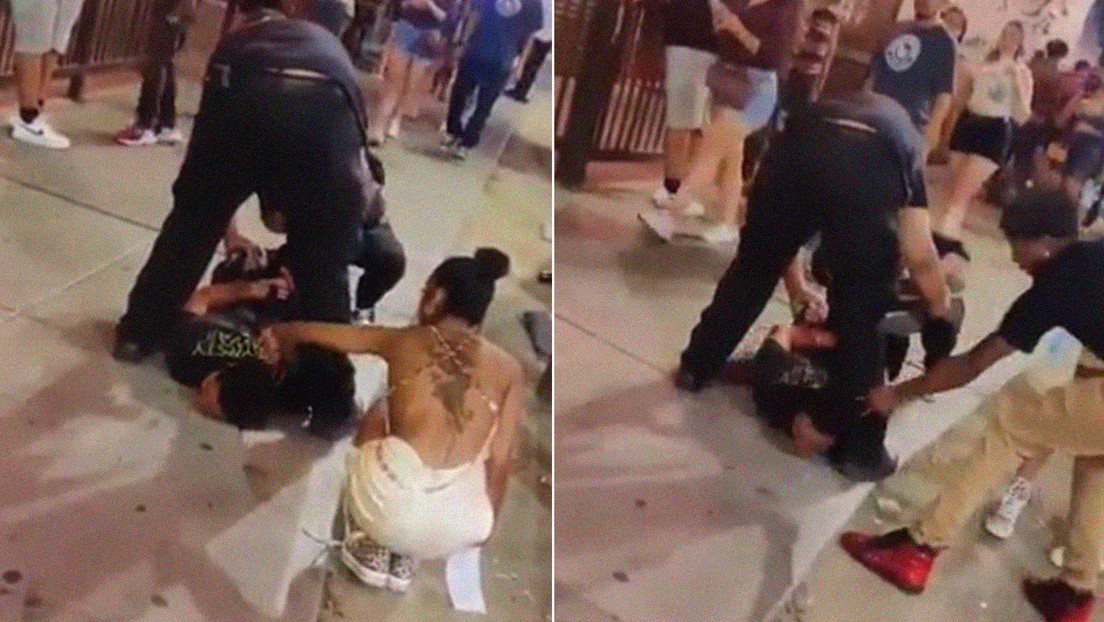 VIDEO: Witnesses to an arrest in Las Vegas try to steal the chain from a man who is immobilized by police officers

A video circulating on social networks shows the moment when a couple approaches a man who is being detained by police officers in Las Vegas (USA) and tries to tear off the chain around his neck.

@lasvegasscoop1 caught this gem last night…. My mans getting arrested and they trying to come up on dudes chain😅 pic.twitter.com/DeiifH6lnV

In the recording, the detainee lies handcuffed on the ground, immobilized by the police, when a woman dressed in white enters the scene and tries in vain to remove the chain from his neck. After the failed attempt of the woman, another man appears who pulls the chain more energetically, although he stops doing it when people ask him to stop and is seen by the officers. During the tug of war, the detainee complains and assures that the young man has hurt him.