VIDEOS: Zuckerberg boasts of aim with spears and bow (but a detail ‘kills’ users with laughter) 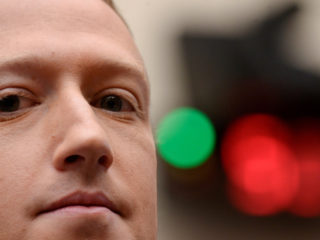 Facebook CEO Mark Zuckerberg has posted videos in recent days of him throwing spears and practicing archery in his spare time.

The most recent of the clips, released Monday from an unspecified location, captures the moment Zuckerberg throws spears at a wooden target in slow motion. “I have a very particular skill set,” reads the text of the video.

A day before, the billionaire public another video, in which he is seen shooting arrows with a bow at a row of seven skittles, knocking down one after the other without failing not once. “If I was one of the Avengers, I’m sure it would be Hawkeye“, indicates Zuckerberg in the message that accompanies the images.

However, what most caught the attention of users was not the hobby of the chief executive of Facebook, but the fact that he used hearing protection in the video of the spears. Some users wondered why they needed earplugs for quiet activity. “Someone better tell him they are not firearms”, tweeted a critic.