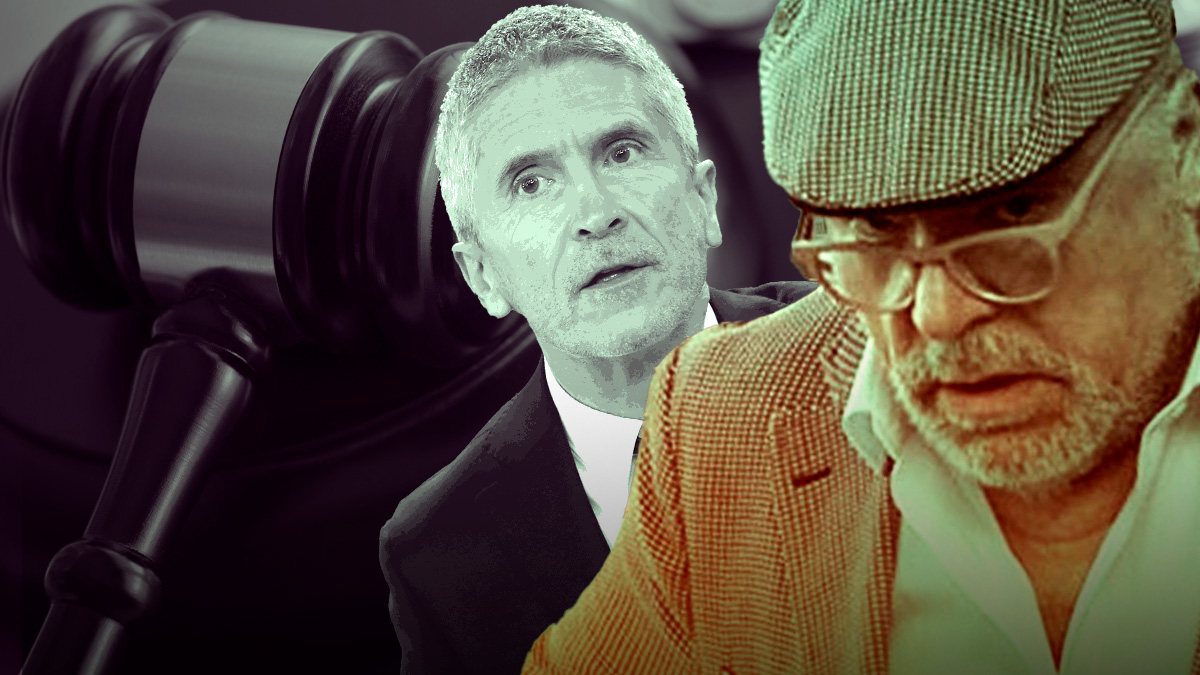 The former commissioner Jose Villarejo has denounced before the Justice a blackmail to the Minister of the Interior, Fernando Grande-Marlaska. According to a letter sent to the judge Manuel García-Castellón, “Personal information” on the now socialist minister would have been collected in a file called “Control of robes.” And that file is being used so that Marlaska “continues to support the strategy that Podemos sets for him.” In exchange for following this demand, the former judge and now minister “would be able to erase” what happened in certain “years” of his life.

OKDIARIO has had access to the letter sent to the investigating judge of the National High Court Manuel García-Castellón. The paragraphs of that letter literally state the following: “Those were years that Minister Marlaska would be able to erase as long as he continues to support the strategy that Podemos has set for him.” A strategy that, according to the former commissioner, consists of going against Villarejo himself, “in the difficult situation of acting, although for now it is underground, also against the current State Attorney General”, referring to Dolores Delgado.

The letter explains that “knowing the communist dynamics of continuous and radical pressure, thanks to the access that they now enjoy in the CNI and the file that affects them of ‘Togas Control’, they will have shown their history”, alluding to Marlaska.

Villarejo does not hesitate to blame this on the “obsession to spy -which still remains-“. And to an “obvious sick obsession of the vice president towards me”, which “is part of the concern he felt when he was discovered by my intelligence work, frustrated because the PP decided to boycott them thinking that by empowering Podemos, the PSOE was weakened. They thought they were kittens and they were baby tigers ”. Villarejo adds that “possibly a point of no return has been crossed by allowing Iglesias to instrumentalize my cause, forcing the Law into a risky buckling of the structure, where our entire Rule of Law is sustained.”

Meetings of Podemos with ETA

This complaint is added to others collected in that same letter from former commissioner José Villarejo. Others, such as the one that points to the existence of a “copy of the minutes of meetings of ETA leaders and Venezuelan and Cuban spies in which the Podemos members were informed of the funds to provoke riots” in Spain. The former commissioner, in fact, asks for the immediate decryption of those minutes that are in the possession of the Administration.

José Villarejo has already accused the Prosecutor’s Office of seeking his testimony against Mariano Rajoy or D. Juan Carlos in exchange for offer you freedom. The former commissioner has also pointed out that the part that has been decrypted of the material that was seized coincidentally corresponds to the one he reveals deals with the PP and nothing with the PSOE. And he has taken a qualitative leap by launching the accusation of keeping without decrypting a copy of the minutes of the meetings held between ETA leaders, Venezuelan and Cuban spies to inform members of Podemos of the money available to organize riots.

The letter has already been delivered to the judge with the description of the facts. And there the following is related: “It is pathetic to appreciate that not even deprived of all my rights with the hackneyed excuse of State security, they are capable of winning over me and they hide fearing my response, despite having as their only defense weapons, a role , a pencil and my infinite memory, that so much fear, I would say panic, provokes them ”. And it is that Villarejo denounces an attempt to “hide” everything “that may point to members of this Government, especially now Vice President Iglesias and some other members of Podemos, such as the reports I got from the Venezuelan secret service.” But he warns: “It is going to be an impossible task, no matter how hard they try to do it.”

Former commissioner José Villarejo revealed a key piece of information at that time: “Copies of the minutes of meetings with ETA leaders, along with Venezuelan and Cuban spies, where Podemos members were informed of the funds released to provoke riots in those countries that can be influenced like Spain ”. And he adds that these minutes “will be known at the end even though they are hidden with the excuse that it is precisely that half, the one that was not decrypted, where it would be and that is why they cannot be found.”

That letter, sent by former commissioner José Villarejo to Judge Manuel García-Castellón, incorporates a whole series of complaints that had not yet been assessed in the National Court. The letter has revealed that Villarejo has received, according to his version, “contacts in prison with envoys of the Socialist Government to testify against Rajoy”, as published by OKDIARIO. And the document also denounces visits by “emissaries of the PSOE and Podemos” with the aim that the former commissioner testify against “political adversaries.” And now, Villarejo’s letter adds a third accusation: “The prosecutors offered me immediate freedom if I testified against Juan Carlos I.”