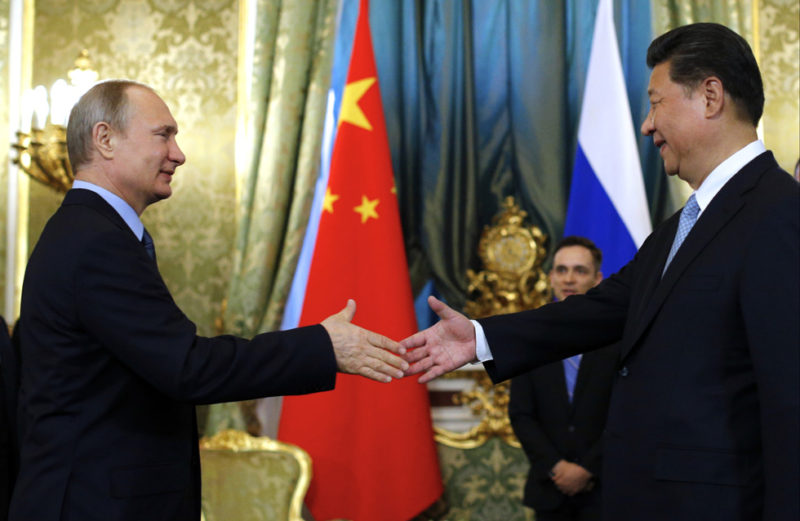 Both are in fact presidents for life. Nobody objected to them. His ways are expeditious with those who cross his path. They concentrate as much personal power as Josef Stalin and Mao Zedong. They share the same mission, based on an old nostalgia and a renewed resentment. They propose to recover the lost empires, although it is not even certain that the property titles that they exhibit, one with respect to Ukraine and the other with respect to Taiwan, are true and legitimate. It will be revenge for the humiliations suffered. In the hands of the West, naturally.

Vladimir Putin is identified with Eurasianism, a reactionary ideology promoted by the philosopher Alexander Duguin as a red and brown synthesis of Bolshevism and Orthodox Slavism. Xi Jinping’s ideological identity is that of the party he leads, communism in the Chinese version and with his personal contributions, incorporated as the thought that bears his name to the endless phrase of Marxism-Leninism-Maoism. But the practical ideology that both profess is common and simple, a sum of centralizing authoritarianism and irredeemable nationalism, therefore expansive.

Both want to make the restoration of the mythological unity of the homeland within their presidential terms. Thus they will go down in history and myth. They are from the same generation, one from 1952 and the other from 1953, and both seek national and imperial fulfillment. Russia as the owner of Eurasia and China as the empire of the center, that is, the hegemonic global superpower. They both conceive the role of the United States as an isolationist extension of the Monroe Doctrine: America, but only America, for Americans; leave the rest of the world alone.

There are no geopolitical giveaways. They must be earned, usually by blood and fire. Before, you have to know how to take advantage of the opportunity, that exceptional moment in which fortune smiles: it is now, in the imperial withdrawal of the United States, when divisions and insecurity for the future spread among adversaries and competitors. Europeans and Americans no longer trust themselves, not even in the hitherto effective and envied political system that they had endowed themselves with. Its successes, starting with globalization and interdependence, are now its weaknesses. The global magnetism of your free and open societies is what can now destroy them. The threat of cutting off the power or opening the borders is enough for them to tremble and their convictions to weaken.

There are many hot spots on the planet. Sometimes not even visible, as in Africa. It is no coincidence that the two most incandescent, which also stand out for their expansive potential, are Taiwan and Ukraine. They are the prey glances by that pair of emperors who have gone out to ride together as soon as they have glimpsed the great empty spaces of world power that were opening before their ambitions.