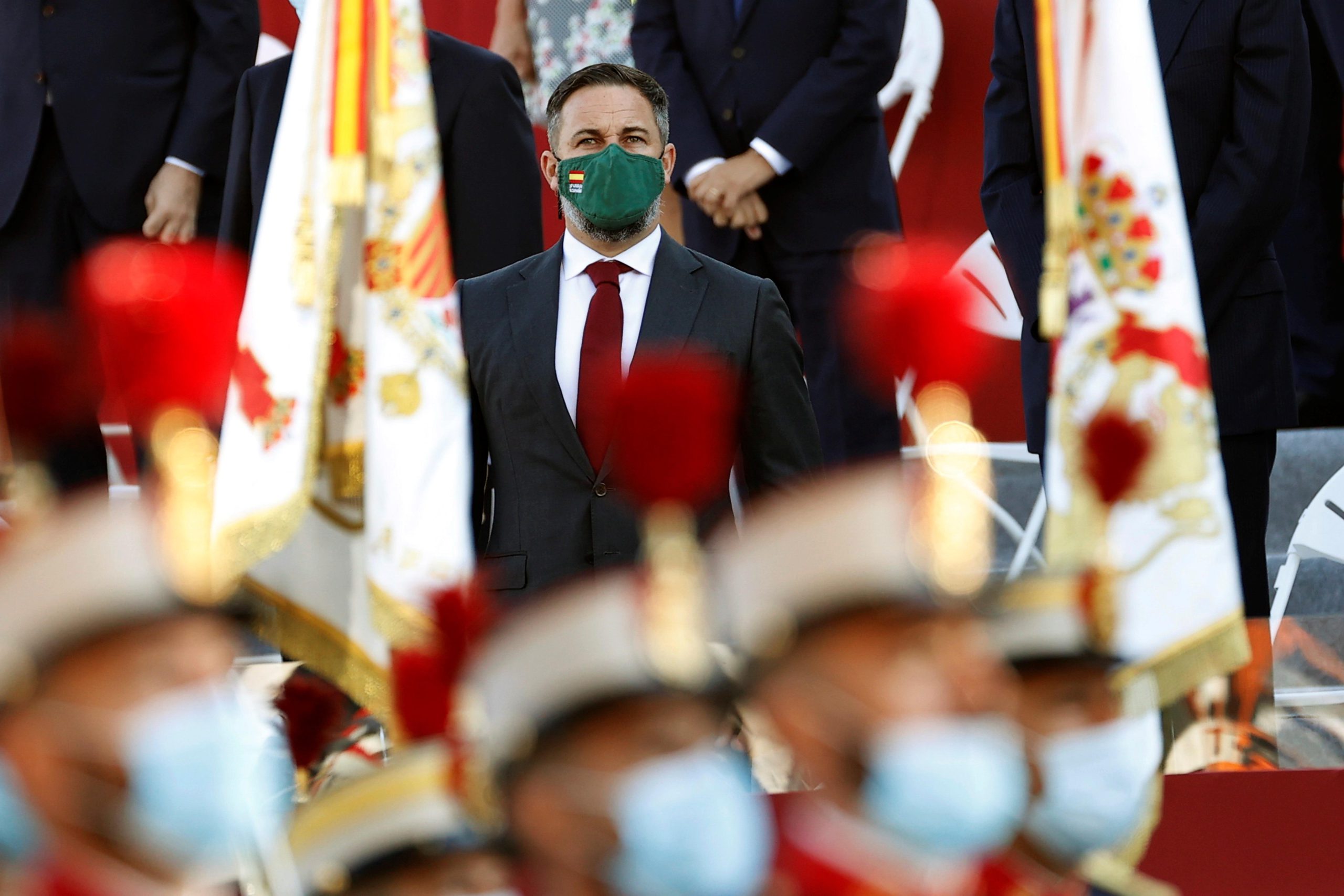 Integrists (Catholics and evangelicals), neocons and ultra-liberals, right-wing populists and nostalgic for military dictatorships make up the anti-communist alliance that the Spanish Vox party is weaving in Latin America. Eduardo Bolsonaro, son and political heir of the Brazilian president; Keiko Fujimori, former presidential candidate in Peru; or José Antonio Kast, leader of the Chilean Republican Party, who opposed repealing the Pinochet Constitution, are some of the most prominent figures in this heterogeneous conglomerate to which he joins his visceral rejection of leftist governments, both authoritarian and democratic.

The spearhead of Vox has been the so-called Madrid Charter, a manifesto that warns of the supposed “advance of communism” in the Ibero-sphere (the name with which the ultra party, always attentive to marketing, has renamed Ibero-America), a part of which has already been “kidnapped by communist-inspired totalitarian regimes, supported by drug trafficking, under the umbrella of the Cuban regime.” Abascal has announced his intention of providing the letter, which has collected more than 8,000 signatures, with a “permanent structure and an annual action plan”; In other words, it would go from being a mere hitch flag to a new international organization: the Madrid Forum.

Its objective is to become an alternative to the Sao Paulo Forum and the Puebla Group, the two platforms of the Latin American left: the first brings together political and social forces, from the Workers’ Party of Brazil to the Cuban Communist Party; and the second, to a handful of politicians with a predominantly social democratic profile, such as Alberto Fernández, Lula da Silva, Evo Morales, Rafael Correa, Pepe Mujica and José Luis Rodríguez Zapatero.

Instead of setting up an alliance of parties, Abascal is recruiting personalities on an individual basis and that has allowed him surprising signings, such as that of former Colombian president Andrés Pastrana, who on the 10th participated through a recording on Viva 21, the party that Vox held at the Madrid Trade Fair, and last June participated in a telematics summit of the ECR, the group of the European Parliament in which Vox sits with the ultra-conservative Polish Law and Justice and the Hungarians of Viktor Orbán. Pastrana’s approach to Vox has caused surprise and discomfort in the PP, since the Colombian politician is the current president of the International Democratic Center (IDC), of which Pablo Casado is vice president. Pastrana also attended the recent PP convention, along with former Mexican president Felipe Calderón.

As flying ambassadors in Latin America, Vox uses MEP Hermann Tertsch and MP Víctor González Coello from Portugal. The former takes advantage of the infrastructure provided by his status as MEP and third vice-president of the European delegation in the Euro-Latin American Parliamentary Assembly (Eurolat), which brings together deputies from the European Parliament and 23 Latin American countries. In addition, the ultra-conservative group ECR has set up its own Eurolat, of which Tertsch is president. For his part, Coello de Portugal, linked to Catholic fundamentalist groups, is the spokesperson for Vox in the Foreign Commission of Congress.

In recent months, the two parliamentarians attended as guests the inauguration of the new president of Ecuador, the conservative Guillermo Lasso; They were received in Colombia by former President Álvaro Uribe and in Lima by Keiko Fujimori, daughter of the former Peruvian president sentenced to 25 years in prison for murder, kidnapping and corruption. His first mission in America took place in January 2020, when they met in La Paz with ministers of the then interim president Jeanine Áñez, who replaced Evo Morales after a dark operation that ended with his resignation, to gather evidence that could incriminate him. illegal financing to Podemos, then about to enter the Spanish Government.

The other instrument used by Vox to land in Latin America is Disenso, the foundation chaired by Abascal. Although Vox has campaigned against the public funding of party foundations, it has set up its own to benefit from the grants they receive based on the number of votes and seats obtained. At the head of the foundation is Jorge Martín Frías, former head of training at FAES (the foundation of the PP) and advisor to the Madrid City Council with Ana Botella, who provides technical support to Abascal’s American adventure.

Vox’s landing in the region had a serious setback in early September in Mexico. Abascal went to the Mexican Senate invited to an anti-abortion act and there he took the opportunity to present the Madrid Charter. His party reported that 14 senators (half of his parliamentary group) and three PAN deputies had signed it, as did two PRI parliamentarians, both in opposition to López Obrador. The news caused a political earthquake in Mexico: the two PRI parliamentarians, Lorena Piñón and Manuel Añorve, denied Vox, while the PAN distanced itself from the initiative, recalling that its partner in Spain is the PP. Two of the senators who signed the letter said they made “a mistake” and apologized. The Mexican media had broadcast a tweet from Abascal on August 13, coinciding with the 500th anniversary of the destruction of Tenochtitlan, in which it was proclaimed “proud” of the colonization of Mexico: “Spain managed to free millions of people of the bloody and terror regime of the Aztecs ”, he wrote. A vision radically contrary to that of Pope Francis, who apologized for the “very painful mistakes” made in colonization.

Among the American leaders who marched across the Viva 21 screen, there were no Mexicans. They were, in addition to Pastrana, Keiko Fujimori and Kast, Eduardo Bolsonaro and Texas Senator Ted Cruz. Abascal coincided with both at the Conservative Political Action Conference (CPAC) held in Maryland in February 2020, which then-President Trump closed. Cruz, representative of the most conservative wing of the Republican Party, with an anti-abortion speech, against immigration and in favor of the death penalty, had to quarantine himself after meeting with the Spanish politician, who tested positive for the coronavirus. Eduardo Bolsonaro, in charge of foreign relations for the family clan and an emulator of his father in macho homophobic comments, has since become one of Vox’s best allies, which does not exclude a certain rivalry: Abascal preferred to go to Mexico in early September instead of participating in the conservative conference that, as a franchise of the American one, Bolsonaro had set up in Brasilia with Trump’s son.