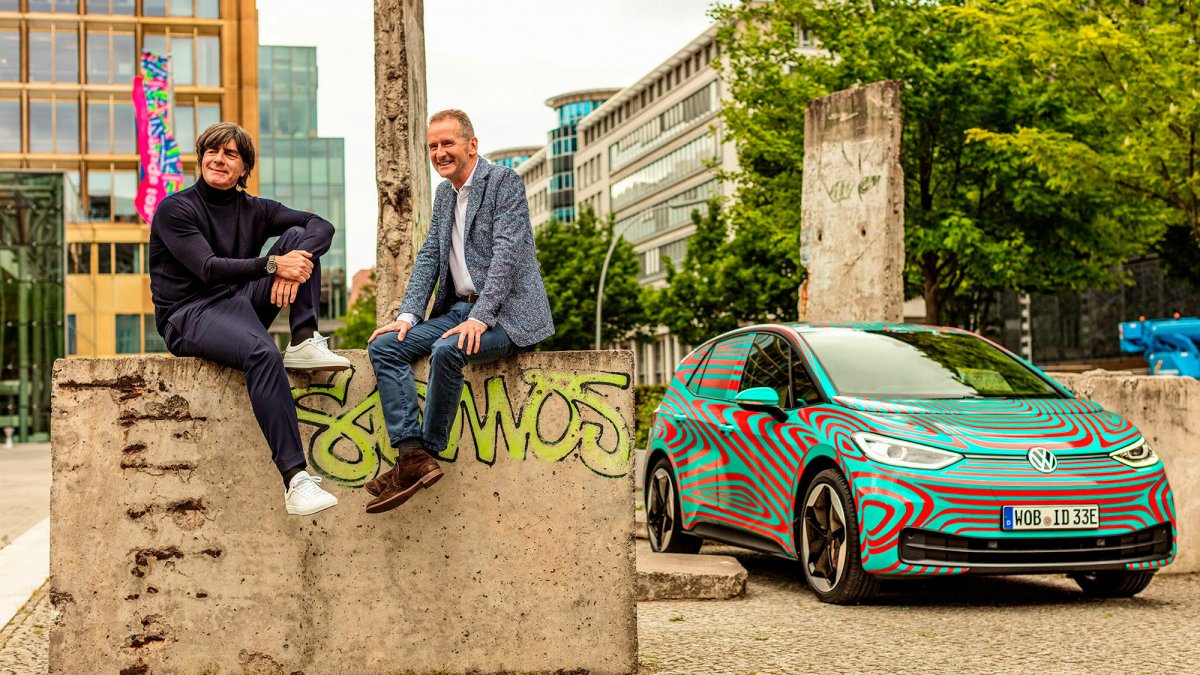 At Volkswagen, despite the increasing competitive pressure from Tesla, there are no plans to cut tens of thousands of jobs. The top management faced speculation on Wednesday. “A reduction of 30,000 jobs is not an issue,” said CEO Herbert Diess. Reports had previously been circulated according to which substantial cuts could be imminent, for example at the Wolfsburg headquarters. There was no question of that, it was now said.

According to information from corporate circles, this is said to have spoken about the number 30,000 at a supervisory board meeting in September. VW emphasized that it was not about a possible, immediate scenario of impending job losses.

In the aftermath of the meeting of the supervisory boards, the discussion about the capacity utilization of the locations of Europe’s largest car manufacturer gained heat again. In a few weeks, specific decisions on investments for the coming years will be pending. The “planning round”, which traditionally ended in mid-November, should again be dominated by the restructuring in the direction of e-mobility and networking – with the associated conflicts and conflicting interests between a number of locations.

“The debate has now started and there are already a lot of good ideas,” said Diess, for example, about the “Trinity” e-project in Wolfsburg from 2025/2026. However, it is necessary to discuss the cost situation and capacity utilization intensively: “There is no question that we have to deal with the competitiveness of our plant in Wolfsburg in view of the new market participants.” It is mainly about the US rival Tesla and its new German factory near Berlin.

Tesla will “set new standards in productivity” in Grünheide. The company produces, for example, with comparatively few battery variants and a special technology in body construction, which makes the production of large quantities more profitable. Regardless of this, Volkswagen has the chance to “revolutionize the Wolfsburg location and secure jobs in the long term” with concepts such as “Trinity” itself.

VW works council boss Daniela Cavallo turned to the workforce on the intranet: “The headlines this morning rightly raised questions and, unfortunately, some worries for many of you.” Shedding 30,000 jobs would be “absurd,” she wrote. She expects “that the group’s board of directors will immediately and unequivocally make it clear: There are no mind games about any job cuts.” IG Metall, which is very influential at Volkswagen, emphasized: “It is clear that job cuts of 30,000 jobs are out of the question.”

Another source had previously reported that Diess had presented a possible long-term scenario of what could happen if the supply crisis for microchips continues or the scheduling of future VW projects has to be reconsidered. In this context, he then aggressively broached the situation at the headquarters – to the surprise of the inspectors. That Handelsblatt also described a new “scandal” with the supervisory boards. According to other voices, there was initially no question of a dispute of this magnitude.

From the environment of the employee representatives it was reported that the top manager had obviously drawn a parallel with his thoughts to the high overcapacities in the 1990s. At that time, the switch to a four-day week made it possible to save a good 30,000 VW jobs. There is currently a completely different situation.

Nevertheless, Volkswagen is under pressure. In Wolfsburg in particular, the company is currently idling considerably. Short-time working for tens of thousands of employees had to be extended several times because – as with other providers – important semiconductors were missing. Regardless of these acute bottlenecks, parts of the workforce are concerned about sufficient plant occupancy in the coming period.

The works council has already called for at least one other electric model to be installed in the corporate headquarters in addition to “Trinity”. It will also depend on whether other major projects such as the planned “Tesla Fighter” in Hanover, the expansion of mobility services and the expansion of the Group’s own software division Cariad will ignite.

It is also possible that key data will be given by mid-November as to where exactly the other battery cell plants that have been announced will be built. Lower Saxony and Saxony also see opportunities here, the works council had called for at least an additional cell factory in Germany.

In principle, employee representatives and company management have the same goal in many respects. Further e-models with increasingly self-developed networking technology are to follow as soon as possible. According to information from the dpa, there is no open power struggle like the one in mid-2020, when Diess had accused members of the supervisory board of indiscretions of criminal behavior. The VW boss is said to have prevented his expulsion thanks to an internal apology.

Diess is known for the fact that he often brings up his thoughts in meetings spontaneously and – for the taste of the trade union side – quite provocatively. With the long-time works council boss Bernd Osterloh, who is meanwhile the head of personnel of the VW-Nutzfahrzeug-Holding Traton, he fought several times in a violent exchange of blows.

Osterloh’s successor, Cavallo, had declared that she preferred a calm tone. In the matter, however, she wants to fight just as hard for the interests of the workforce. Cavallo sits – like the representatives of the Porsche / Piëch families and Lower Saxony’s Prime Minister Stephan Weil (SPD) – in the powerful Presidium of the Volkswagen Supervisory Board.

Just in the summer, Diess received a follow-up contract until autumn 2025. In the meantime, he has also presented a new corporate strategy. With the precise implementation of electrification and digitization, the ball is now in its field, according to owners.