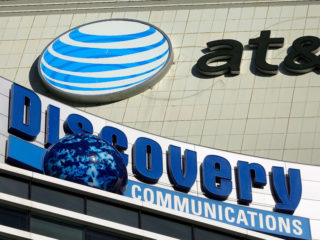 The American multinational AT&T Inc. has announced this Monday the merger of its media conglomerate WarnerMedia with Discovery to create an independent global entertainment company.

“This agreement unites two entertainment leaders with complementary content strengths and positions the new company to be one of the leading global direct-to-consumer streaming platforms“AT&T CEO John T. Stankey stressed, adding that this” will support the fantastic growth and international launch of HBO Max with Discovery’s global footprint and create efficiencies that can be reinvested in producing more great content for give consumers what they want. ”

Under the terms of the agreement, AT&T would receive $ 43 billion in a combination of cash, debt securities and the withholding of certain debt by WarnerMedia, which is behind the Batman and Harry Potter franchises and hits like the ‘Game of Thrones’ and ‘The Sopranos’ series. AT&T shareholders would receive shares representing 71% of the new company, while Discovery shareholders would own 29% of the new company.

The new company will be directed by David Zaslav, President and CEO of Discovery, and will have a “first-class” management team and “top operational and creative direction from both companies.” “It is very exciting to combine historic brands, world-class journalism and iconic franchises under one roof and unlock so much value and opportunity,” said the entrepreneur.

The transaction is expected to close in mid-2022.