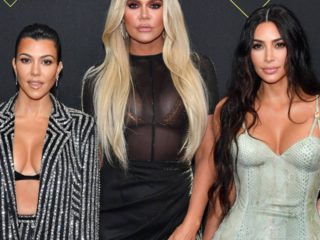 After 20 seasons they keep telling everything and more!

On June 9, E! released the first trailer of the next meeting of Keeping Up With the Kardashians. And, as shown in the new images above, host Andy Cohen doesn’t stop when it comes to questions.

He promises in a voiceover, “For the first time, I’m interrogating the Kardashian-Jenners.”

So it’s understandable when Kim Kardashian reveals to the host of Watch What Happens Live that matriarch Kris Jenner is “a little nervous.” Still, in the way only Andy can do it, he encourages Kim backstage to “talk about all this sh * t.”

And, early on, Andy asks the famous family why they are ending their iconic documentary series. Kris admits, “We all felt a bit overwhelmed. We had done it for so long.”

While the family may have ended up with KUWTK, they haven’t finished making headlines yet. Kim jokes, “What people don’t know is that you told me, ‘I’m going to put you in a car, no one will find you. Just go.’

And Kris adds, “And I’ll take care of that.”

Although it’s unclear what the mother-daughter duo are referring to, it’s clearly juicy when Andy responds, “Wow.” Later, Andy asks Kim if he owes an apology to a man who is not named in the teaser.

Could this be in reference to Kim’s marriage to Kris Humphries? We’ll have to tune in to the meeting to find out.

Of course, Kim isn’t the only one opening up in this candid conversation as Kourtney Kardashian and Scott Disick broach their relationship. Andy asks ex-boyfriends, “Do you think their relationship could have turned out differently if they hadn’t shared so much of it?”

“Probably,” Kourtney responds before adding, “but I think substance abuse was a deal breaker.”

Scott chimes in, “I was pretty irresponsible.”

As for where is the couple now? Andy asks if Kourtney and her boyfriend Travis Barker have Scott’s “blessing”. Unfortunately, the teaser cuts out before he can reply.

Check out the captivating teaser in the clip above.