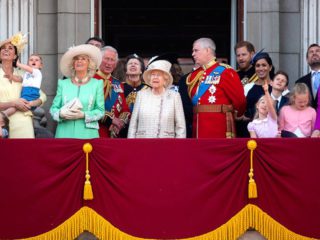 If you thought that The Crown It was hard to see for royalty, wait until it premieres The Prince.

On Wednesday July 28, HBO Max released a trailer for his new animated satire on Prince George and the British royal family.

The highly anticipated series, which premieres on July 29, places the eldest son of the prince William Y Kate Middleton in front.
as it documents a fictional version of the life of the future king.

Case in point: the prince George (with the voice of the creator Gary Janetti) asks a butler: “Excuse me, do you have any tea that doesn’t taste like urine?”

Of course, it’s not just the prince George who playfully mocks with this series, since the exit of the principle Harryy Meghan Markle of the monarchy.

Check out the first preview in the video above and get all the details.

During its passage through The Late Late Show in February, the prince harry he told James Corden your opinion on The Crown…

“It is fictional, but it is loosely based on the truth.” He continued: “I feel a lot more comfortable with The Crown than I see in the stories written about my family, my wife or myself. Because it’s the difference between, that’s obviously fiction. Take it however you like, but this is being reported as a done because you’re supposed to be news. I have a real problem with that. “