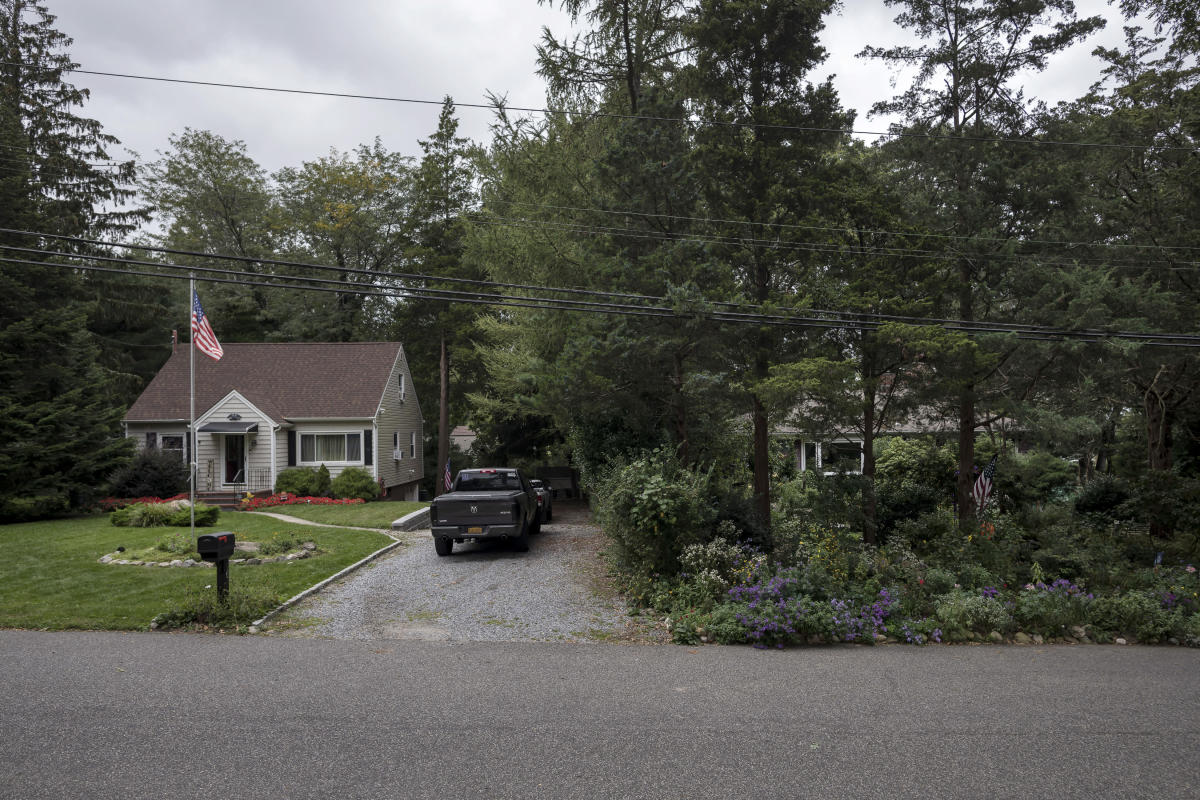 A Long Island couple say that fighting climate change and protecting biodiversity starts at home. Or rather, right outside your home in the suburbs.

WADING RIVER, New York – If Bill Jacobs were a mean or less religious man, he would look through the thicket of flowers, bushes and brambles that surround his house and see enemies everywhere. Because to the north, to the south, to the west and to the east and all the points in between, there are hectares and hectares of lawns.

Grass lawns that are pruned and trimmed with military precision at the edges. Lawns from which the leaves have been removed with roaring machines and which are often doused with pesticides. Lavishly cared for lawns by landscapers like Jacobs’ next-door neighbor Justin Camp, who maintains his own pristine green mantle.

“It takes a special kind of person to do something like this,” Camp said, shaking his head in the direction of his neighbor’s wild wooded garden. “I live by mowing, so it’s not my style.”

Jacobs and his wife, Lynn Jacobs, do not have what is called a lawn, except for the patch of grass in the back that Bill Jacobs passes from time to time with his old hand mower.

His house is barely seen, from early spring until well into fall it is obscured by a disturbance of flora that explodes in color: violet periwinkles, buttery yellows, whites, deep oranges, scarlets. They grow an assortment of milkweed, asters, elderberry, mountain mint, joe-pye herb, goldenrod, white snake root, and ironwood. Most are native to the region and virtually all have the highest mission of providing habitats and food for migratory birds and butterflies, moths, beetles, flies and bees.

Jacobs is a Catholic ecologist who believes that humans can fight climate change and help repair the world right where they live. While many city and suburban dwellers also grow native plants for the same purpose, Jacobs believes people should do more: reconnect with nature and experience the kind of spiritual transcendence that they feel in a forest or on a mountain or in the abundance of your own patio. It is a feeling that, for him, is like feeling close to God.

“We need something bigger than people,” said Jacobs, who spent nine years with the Nature Conservancy before joining a nonprofit focused on invasive species – plants, animals and pathogens that deplete native varieties. “We need a call outside ourselves, to a kind of higher power, to something higher than ourselves to preserve life on Earth.”

That’s why Jacobs has been looking beyond the Wading River, a forested village on Long Island’s north shore for years, to spread that spirit around the world.