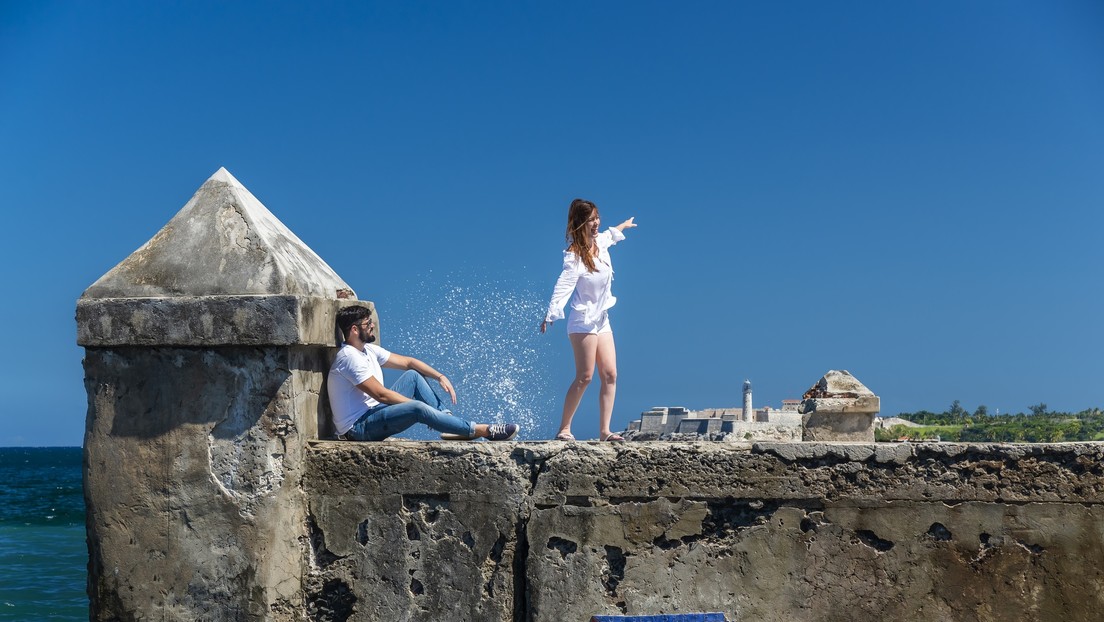 “We will make up for time lost in the pandemic”: Cuba’s plan to reactivate its international tourism industry

In order to reactivate tourism, a vital economic activity in Cuba, the island’s authorities are preparing for the gradual reopening of its borders as of November 15, at which point you can enter from anywhere in the world without the obligation to present a negative PCR test upon arrival, as is currently the case.

The health crisis has forced the country to partially close its borders since the end of March 2020. However, in recent months, Cuba has continued to operate with international tourism, although with a very limited number of flights. A few tourist charters, mostly Russians and Canadians, regularly arrive in Havana and some of the authorized spa centers, such as Varadero or Cayo Coco.

Currently, Cuba requires its visitors to have a PCR test that must be carried out 72 hours before arriving in the country. Once at the airport, the passenger must complete a new analysis, the result of which will be informed within 24 hours. In addition, in each hotel there is a doctor, a nurse and a specialist in epidemiology, who are in charge of monitoring the health issue to prevent and control compliance with the measures.

In August, with the arrival of the Delta strain, Cuba had a peak of daily infections (above 9,000) and deaths (92). However, the country already has the 55,8 % of the population vaccinated with the complete scheme, and the number of infected is decreasing at a good rate, with 2,638 cases in the part October 11. On the other hand, the fatality rate is 0.85%, lower than that of the Americas (2.45%) and the world (2.15%). Since the beginning of the pandemic, 923,966 infections and 7,928 deaths have accumulated to date.

As of November 15, all health policies related to tourism are updated. First of all, all passengers will be required to have an international vaccination card issued by their country. Meanwhile, those people who are not inoculated will be requested the PCR test 72 hours in advance to enter the destination.

There will be constant monitoring of the temperature of the passengers at the airport, and antigen tests will be carried out on a random basis. Likewise, the care protocols will be maintained and will be extended to all tourist facilities, which will already be enabled, in order to provide protection to guests.

“Despite the pandemic, which has held us back for almost two years, Cuba is distinguished by its security, both in relation to crime and health “, highlights from Argentina Janet Ayala, director of the Tourism Office for the Southern Cone, in dialogue with MRT.

In relation to health care, Cuba projects by November to have more than 90% of the population immunized, including children, with their own vaccines against the coronavirus, Abdala and Soberana. “This is going to offer a scenario of a lot of security for visitors“, remarks Ayala, who points out three other reasons for traveling to” breathe Cuba. ”

“It is one of the most chosen destinations for its majestic spas, but also for its cordial, hospitable, cultured people, something that is not easy to find anywhere in the world. And also for its culture and heritage: Cuba boasts 9 significant places Named by Unesco World Heritage of Humanity, it has more than a hundred national monuments and is full of artists, writers, ballet halls, cinemas and other attractions “, he details and adds that 45% of his visitors are repeat travelers.

Janet Ayala, director of the Cuban Tourism Office for the Southern Cone

We are optimistic. Since the news of the reopening was given, consultations have multiplied. We expect a certain recovery in tourism in 2022, projections that we are taking into account to increase air connectivity.

Another encouraging fact for those interested in getting to know the land of José Martí is that the Cuban Aviation airline will resume its flights linking Havana and Buenos Aires, the only direct service, as of November 22.

Pandemic and lockdown, a combination that seriously damaged the economy

According to data from the Cuban government, the island’s Gross Domestic Product (GDP) fell 11% in 2020, a drop in income that was precipitated by the decline in tourism. This is the most negative mark since the fall of the Soviet Union in 1991.

On the other hand, the blockade that the US has unilaterally applied against Cuba for 60 years, and which was exacerbated during the administration of former President Donald Trump, has made things worse. Only between April 2019 and December 2020, caused record losses of $ 9.157 billion, according denounced Chancellor Bruno Rodríguez. To this is added the coordinated action of the Department of Transportation of the White House of deny, on November 18 of last year, the request of several airlines to bring humanitarian aid to its population, amid the shortage of food, medicine, fuel, among other essential goods.

The socioeconomic crisis that Cuba is going through has given rise to a series of anti-government protests last July, which Havana attributed to a “smear campaign” of “North American imperialism.” These street expressions were opposed by those of other citizens who came out to defend the Revolution and national sovereignty, in the midst of a tense climate that lasted several days and left one deceased and several detainees.

Faced with this difficult panorama, tourism appears as the fundamental engine to try to gradually rebuild the growth of economic activity, which managed to reach a peak of 12.1% in 2006. It is neither more nor less, a strategic sector indispensable, which guarantees the direct entry of freely convertible currency, essential for the development of the Cuban people.

“We are optimistic. Since the news of the reopening was given, consultations have multiplied. We expect a certain recovery in tourism in 2022, projections that we are taking into account for increase air connectivity. We are working hard to recover all this time lost due to the pandemic, “the official explained.

And he added that for this, a better provision of services for visitors has been being prepared: “Cuba has taken advantage of this time to review all tourist facilities, change furniture, maintain it, repair technological systems, green areas, and something very important: this stage has also allowed us improve connectivity by expanding the 3G network and 4G, which was one of the elements that visitors most asked us about. Today the airports offer a free 30-minute Wi-Fi connection service. And all of our 4 and 5-star hotels already have a wireless internet network in all their areas, even on the beach. ”

In turn, the government has developed an investment plan to increase the service standards of its hotel plant, so that tourists who choose Cuba as a vacation destination will find new and renovated accommodations, both in Havana and in Havana. the rest of the tourist spots, promises the director Janet Ayala, as the recently inaugurated Coral Level at Iberostar Selection Esmeralda, in Cayo Cruz.

“We always say that the main support that our country requires today, the best way to circumvent these destructive policies that the United States has applied, with more than 240 measures, is to visit it. With this we are going to break with those negative campaigns against our country, to verify the truth of Cuba. ”