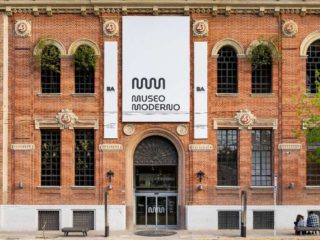 One of Netflix’s greatest hits returns with the second part. The series exceeded expectations and had an impact. It is a story of robberies and white-collar thieves.

The second season premiered this Friday and is five episodes long. Now Assane he will have to risk even more if he wants to complete his revenge. Of course, the new chapters will allow you to demonstrate the connections between extreme personal situations that you had to go through. Omar Sy will reprise Lupine and the cast is completed by Vincent Londez, Ludivine Sagnier, Clotilde Hesme, Nicole Garcia, Hervé Pierre, Soufiane Guerrab, Antoine Gouy, Fargass Assandé, Shirine Boutella and Etan Simon.

“Loki”, the new from Disney

Starring Tom Hiddleston and Owen Wilson, the series is now available on the streaming platform. Loki is one of the most interesting secondary characters in the Marvel universe and now he stars in a fiction of his own. Part of a scene from Avengers: Endgame in which Loki (played by the British actor Hiddleston) disappears into a time hole when he touches the powerful Tesseract, that cube of bright blue light that is kept in Asgard, the kingdom of Thor and Loki.

The imperious God of mischief -as Loki- is known-, lands in a world of problems with the bureaucratic TVA (Time Variance Authority; Temporal Variation Agency in Spanish), of which he is imprisoned and which in turn is in charge to watch over the Sacred Timeline. That is, the story as it is known within the “Marvel universe.” That is why any event that does not continue that timeline threatens the historical balance and, therefore, the world.

The action begins in 2012, but it also goes through 1549, 1858 or even 79 AD, no less than in a Pompeii about to be buried by the lava of Vesuvius. Besides Loki there are characters – known as “variants”-, which are responsible for the lines breaking down and diversifying into multiple sub-lines. Which can cause total chaos or, to speak in the language of Loki, a “multiversal war” that could lead to the destruction of everything.

Every Wednesday a new chapter will be released until reaching the six that make up the first season, a fast-paced and funny story that continues after the events reflected in the film Avengers: Endgame, when all the superheroes came together to beat Thanos.

From Russia with love: the Russian Film Festival arrives

From June 11 to July 4, the Russian Film Festival is held involving Argentina, Chile and Uruguay with the best of russian cinema. For three weeks, eight well-known films of this genre will be available for free on the Qubit digital platform.

This is the first edition and it will be developed online and free of charge. Organized by Roskino (government organization representing the Russian audiovisual content industry in the world) and the Ministry of Culture of the Russian Federation, with the support of the Federal Agency for Collaboration Affairs with the Commonwealth of Independent States, Compatriots in the Foreign and International Humanitarian Cooperation (Rossotrudnichestvo), the one last year was carried out in Australia, Mexico, Spain and Brazil.

Spectators will enjoy The French, a black and white historical drama about Soviet underground life; Dr. Liza, a biographical film in tribute to Elizaveta Glinka, one of Russia’s leading human rights activists; Y North wind, a fantasy fairy tale by Renata Litvinova, in which the characters in the film continually celebrate New Years. In addition, there will be two premieres: The whale hunter, about the unrequited love between a Chukchi teenager and an American webcam model (a winning film recognized at the Venice Film Festival in 2020); Y The Podolsk Man, by Semyon Serzin, film adaptation of a famous play of absurd drama.

In the animation section, the first season of the popular animated series is included Kid-E-Cats, ideal for the little ones. All films will be subtitled, while the animated series will be dubbed by professionals into Spanish. Both Qubit users and all those who want to enjoy the Russian Film Festival will have free access. https://rff.online/spanish

Until June 15 you can enjoy the Film Series on Environment and Human Rights. The film series reflects a variety of proposals that focus on the theme of the environment and its link with society. From water pollution, mega-mining to socio-territorial organization in rural areas and the production of organic chocolate in Colombia. All the stories in these films portray the uses and abuses of the environment by society and account for the particular responsibility that summons us within the framework of the sustainability of the planet and its effect on communities.

Proyecto Ballena: artists and thinkers in debate on the environment

From Wednesday 9 to Saturday 12 June it takes place the second online edition of Proyecto Ballena, a space for dialogue and debate in relation to two relevant issues: destruction of the environment and inequality. Activities can be followed from CCK’s YouTube channel. Artists, thinkers, writers and journalists, among which the Mexican writer Elena Poniatowska, the Spanish journalist Ignacio Ramonet and the Argentine activist Adolfo Pérez Esquivel stand out.

The proposal of the Friends of the Modern Museum Association proposes to send a selection of books and wines to the registrants. Then they will share a meeting by Zoom with curators, artists and a sommelier.

This is the third edition of Modern Nights. The sommelier Adriana Huck will participate, who will guide the wine tasting.

The books selected for this edition are: Transversal, by Jorge Miño, How big you are! by Alberto Greco, Seasonsby Marie Orensanz and Did you hear about me? the Sergio de Loof.

The meetings through the Zoom platform will be fortnightly at 4:00 p.m. on Thursdays. The cycle will begin on June 17.