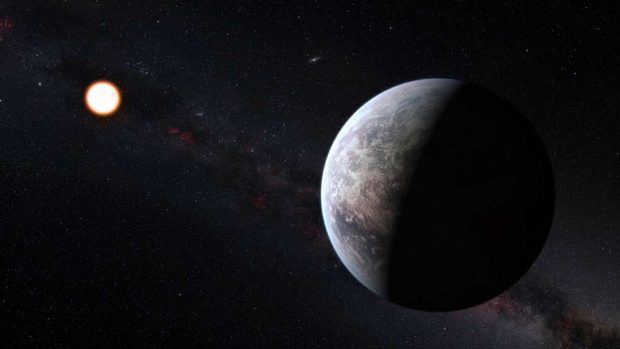 What are the metallic planets?

The planet Mercury, one of the closest to planet Earth, is also one of the rarest according to its characteristics. Days on this planet last for years And, at any moment, its side facing the sun has extremely high temperatures, which produces scorching heat, while the dark side has extremely low temperatures. It is one of the terrestrial planets, that is to say rocky, which has a significantly higher iron to rock ratio. For this reason it is within the so-called metallic planets of our Solar System along with Venus, Earth and Mars because they contain iron metal in their inner part, since the outer planets are composed of gases.

Metallic planets, made of dense metals like Mercury, are rare in the Universe.

Metallic planets are those whose core is rich in iron with little or no mantle. Mercury is the largest celestial body of these characteristics within the Solar System, since the other planets are made of silicate. But larger iron-rich exoplanets may exist.

Although Mercury is a terrestrial planet, that is, rocky like Earth, Venus and Mars, it is the one that has a higher proportion of iron or rock, which is why it is considered one of the metallic planets. For decades, the most widely considered theory for this was that Mercury experienced a massive impact in the past, causing the planet to shed much of its rocky blanket.

Although a new study by a team of scientists from the Center for Theoretical Astrophysics and Cosmology (CTAC) at the University of Zurich claims that the mysterious nature of Mercury may actually be the result of multiple impacts with giant objects.

Mercury remains a mystery to astronomers, Because it is considered one of the metallic planets of the solar system with the highest amount of iron.

Not only does Mercury’s core have more iron than any other major planet in the Solar System, but based on its density and size, geologists estimate that its core occupies about 42% of its volume compared to 17 % from the earth.

The compositions of exoplanets and their abundance in iron

The chemical composition of rocky planets is related to the host stars, Although this relationship is not so simple, as an international team of astronomers has discovered.

The correlation was established by researchers led by Vardan Adibekyan at the University of Porto in Portugal, who studied the abundance of iron in 22 exoplanets, which orbit stars similar to the sun.