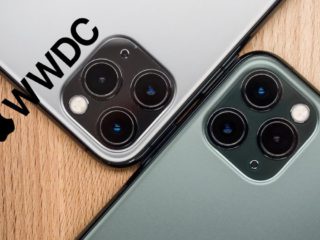 There are two big Apple events in the year: Keynote in September, dedicated entirely to hardware – new iPhones, iMac, etc; and the June WWDC, more focused on proprietary software and operating systems. The latter is celebrated tomorrow, and it is clear that the top star is iOS 15, this year’s version of the Apple operating system for its iPhones.

But there is no doubt that there will be more, much more news. Because although only the initial conference is online for everyone -the rest are developer meetings, sessions and roundtables for which you have to be subscribed-, lWWDC 2021 lasts all week, until Friday 11. And we are sure to see more tidbits than are announced tomorrow.

Being a very software-centric event, iOS 15 will be one of the biggest focuses of the videoconference together with possibly iPadOS 15, watchOS, tvOS 15, and macOS 12. Devices and peripherals will play a secondary role, although since Cupertino likes to surprise, will we see the Apple Glasses Augmented Reality?

But that: what will we see tomorrow? Well, let’s play guesswork, and see how much we get right in 24 hours and how much remains in the air:

iOS got quite a makeover at last year’s WWDC: increased widget support, a new app library, App Clips, and limited support for switching apps by default were some of the changes from iOS 14. Reports suggest we could stand before a quieter year for the iPhone, but we still hope it gets most of the attention.

According to Bloomberg, Apple has renewed the operation of notifications in iOS 15. Apparently, the iPhone can be configured to respond to incoming notifications differently depending on what you are doing, for example, when you are driving or sleeping . Bloomberg also suggests that iOS 15 can be configured to automatically reply to messages depending on which of those states you have set.

Another detail in the ‘leaks’ of these months ago is that Apple might be gearing up to show off a new look for the iPhone lock screen, which would make sense if you are planning to push the concept of “states” or “availability”. This fits the rumors that iPhone 13 could adopt an Android-style always-on display, a feature that is only possible because Apple started using OLED displays on iPhones last year.

Since iOS and iPadOS share the same core feature set, hopefully all the improvements we’ve talked about so far will apply to Apple tablets as well. With all of this in mind, we’re expecting some big new changes this year, and that’s mostly thanks to this year’s high-powered iPad Pro.

By now, all we’ve heard about Apple’s efforts on this front is that iPadOS 15 will have a revamped home screen that can be fully loaded with widgets – iPadOS 14 only lets you place them in the little sidebar of today’s view.

watchOS is confirmed, but not much is known about its news, although it will include a new function called AssistiveTouch which will allow people to control their Apple Watch by simply clenching their fists and making pinching movements with their fingertips.

The watch will use its motion sensors, its heart rate monitor, and a pinch of machine learning to detect the slightest movements of the wearer’s muscles. But without a doubt that choice of movements for the physical interface are curious.

As if the name weren’t already a clue, AssistiveTouch is part of Apple’s commitment to greater accessibility, and this could be something very important for people who can only use one hand, without a doubt.

Last year’s WWDC was a surprise for Macs: we finally saw how Apple ditched Intel processors in favor of its own surprisingly powerful chipset. Since Apple is still grappling with the ramifications of that change, it may not announce many drastic changes to macOS this year.

For example, the well-known leaker Jon Prosser claims that we will see new MacBook Pros for the first time: they would be 14-inch and 16-inch models, said to lack the touch bars -those who either love them or hate them according to the feedback so far. Prosser also suggests that we could see the reintroduction of long-lost features like the MagSafe charger, SD card reader and a suitable HDMI output.

It may seem like Apple is going back to the old days of laptop design, but there will be no shortage of modern touches. These MacBook Pros are expected to use mini-LED displays like the ones on the new iPad ProNot to mention Apple’s high-generation chipset, supposedly called the M1X.

The news with which we closed the week, again Bloomberg surprised announcing that Apple is working on a new iPad Pro and iPad Mini. Well, that wouldn’t be news per se, but it would be the fact that both tablets would get a new and unique redesign with a glass back.

After 6 years maintaining the same design, according to sources from Bloomberg Apple plans to launch the new iPad Pro in 2022 and the iPad mini later this year 2021, according “people with knowledge of the matter “. The main differentiating element that is being tested for the iPad Pro is the change to the current aluminum case that the iPads mount, to a back made of glass. The updated iPad mini is planned to have narrower screen borders, while also “the removal of its home button has been tested ”.

And due to its date, it is possible that tomorrow we could see the iPad Mini presented. If not, it will surely fall into Keynote for September.