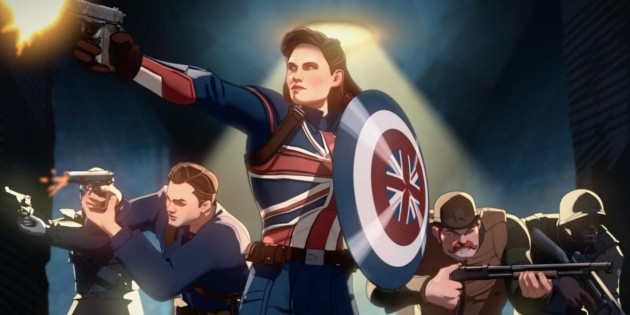 What If…? is a proposal that has enthusiastic fans of the Marvel Cinematic Universe. In this case, the new series of Disney+ It is not live action like the previous ones, but it is about an animated show. The plot? Basically it will show different key moments of the MCU and how they would have been given in a different way. Killmonger save a Tony Stark Y Yondu kidnap T´Challa, it converts into Star-Lord, to cite examples.

Disney+ had three successful series of Marvel: WandaVision, The Falcon and the Winter Soldier Y Loki. The latter had the best reception from critics and fans. In addition to being the one that caused the most impact on the MCU with the death of Kang and the break of the timeline giving way to Marvel multiverse. Can What If…? overcome the Loki?

What does the review of What If …?


Some critics were already lucky enough to see the first three episodes of the series that revisits the known history of the Marvel Cinematic Universe to tell new and exciting stories that will be engraved on your retina. Do you want to know what is the opinion of these lucky people who saw the show? Here are your statements!

– Steven Weintraub: “I watched the first 3 episodes of What If… ? I loved the comic, so obviously I’m ready to enjoy the series, and it delivers. The second episode is T’Challa What Star-Lord. It is a great moment that presents the voice of Chadwick Boseman and great surprises. The third episode is a better mystery than some movies. “

– Germain Lussier: “After 3 episodes, What If…? has the potential to be the best series of Disney+. Yes, it is fun and exciting, but the way each twist turns into snowballs in hugely surprising ways kept me fascinated and engaged. The second episode in particular (with T’Challa) is one of my favorite things about Marvel in years”.

– Erik Davis: “I have seen the first three episodes of What If…? of Marvel and i’m hooked. Each episode is better than the last and the third is my favorite. I love how you take a story we know by heart and twist it in so many ways. It’s like the Twilight Zone of MCU: strange, wild and very funny “.

– Ethan Anderton: “What If…? of Marvel offers convincing twists for the MCU along with graceful animation and exceptional action. However, the shortened narrative creates a disjointed feeling and lacks the magic of Marvel and the heart of the movies. Also, many stars from MCU They are not great voice actors. “

– Josh Wilding: “I have seen the first three episodes of What If…? and I can’t say enough about this series. Marvel Studios It definitely hasn’t disappointed with its first foray into animation (it looks amazing), and the premise works brilliantly. You’ll love it Capitana Carter“.

Everything indicates that What If…? has the potential to outperform the series God of Deception and become the best show of the Marvel Cinematic Universe in Disney+. The critics did not spare praise for this different proposal that will surely fascinate the fans of the brand with new and exciting stories. when it premieres on August 11.

Still not subscribed to Disney+ to enjoy all the exclusive content of Marvel? Subscribe in this link. Think no more!