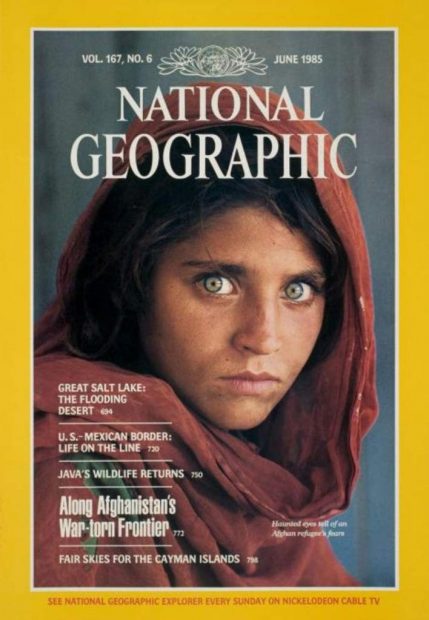 What happened to Sharbat Gula, the Afghan girl who starred in one of the iconic covers of National Geographic?

In 1984, photographer Steve McCurry photographed the entire drama of the refugees living in the Peshawar camp in Pakistan. This complex work is remembered by a photograph: that of Sharbat Gula, an Afghan girl, orphan, who became a symbol of refugees in 1985 when the magazine National Geographic made her an icon of his publications and in one of the great images of the twentieth century.

As is often the case in these cases, little else was known about this 12 year old little girl who continued his life among refugees and escaping the war in his home country, Afghanistan.

It was the author of the photo himself who, almost by chance, met Sharbat Gula’s gaze again. During several trips he made to the area, in 2002, Steve McCurry returned to see the girl who had starred in one of the most famous covers of National Geographic.

He was no longer a young man with a penetrating gaze, Although she kept her eyes the same decautivating as since she was a child, Gula’s gaze was duller, the result of a life between wars and in refugee camps.. With four children (one of them died as a child), and continually escaping shooting living in a remote village in Afghanistan. 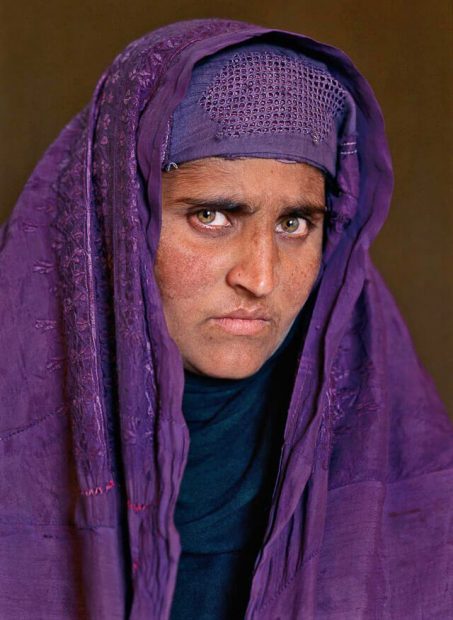 He had married a year after that iconic photograph, at the age of 13, with a local baker and in 1992 he had returned to Afghanistan. Before 2002, Sharbat Gula did not know that his photo had been around the world and McCurry made sure he knew everything. The photographer confirmed that it was her thanks to an FBI facial recognition that compared the irises of two photographs.

After that year, where several reports were made on Shargat Gula’s adult life, including a documentary (‘In search of the Afghan girl’), the protagonist was lost again in oblivion.

In 2016 it made international news again. They detained her at the border leaving the country with fake Pakistani documents. She was held in jail for 15 days and then deported back to Afghanistan. In prison he contracted hepatitis C, a disease that already caused the death of her daughter and her husband years before.

The photographer himself fought for legal advice, and the then president of the country, Ashraf Ghani took her in, got a house for herself and her three children, and promised to help with their education.

Five years later, the Taliban are back in control of Kabul and the country. Ashraf Ghani has had to go into exile with his family, but Sharbat Gula still in Afghanistan, or at least it is the last that is known of her before the Taliban took Kabul.