What is the coldest planet in the entire Solar System? This is the answer of science 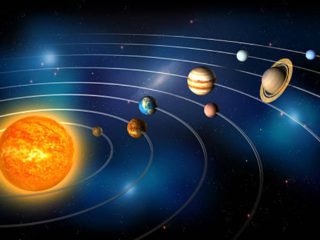 In our Solar system there are quite varied and heterogeneous planets: there are huge and gaseous ones, there are very hot planets and even those where life was born. But, Which is actually the coldest planet in the solar system? We reveal it to you below.

What is the coldest planet in the entire Solar System? This is the answer of science

The question of what is the coldest planet in the solar system It may seem trivial or a “banal” question, but the truth is that the answer is quite surprising.

We all know that the further away we are from a heat source, the colder we will feel, and this is what would have to happen with the planets of our Solar System. Namely, the further they are from the Sun, the colder and more icy they will be. While this is a valid assumption, it actually has various exceptions.

We know that between Mercury and Venus there is a peculiarity, making of Venus the hottest planet of all despite being in “second position” away from our star. A similar effect also occurs at the opposite extreme of the Solar System, which makes Uranus on the coldest planet of all. Even colder than Neptune, even though the latter is even further from the Sun!

According to the most authoritative estimates by scientists who have studied this question, Uranus’ atmosphere can reach values ​​of -224.2 ° C, while Neptune does not fall below -210.6 ° C. These degrees of difference may seem small, but they are actually very large if we consider that Uranus is 19.2 AU from the Sun while Neptune is about 30.1 AU (1 AU = about 150 million km).

The less rigidity of the Neptunian climate (if we can call it that), It is due to the particular atmospheric composition of the planet: spectral studies on its composition have revealed that exists a very famous greenhouse gas and well known to us, the methane . Its percentage is very low (around 2%), but it is enough to make in general have a much warmer atmosphere than the one that Uranus has. It is fair to point out that these estimates that have been made refer to specific temperatures and specifically, to extreme peaks given that the average values ​​recorded over long periods can give rise to different results, although for science the answer is clear: Uranus is currently considered the coldest planet in the Solar System.