What is WuDao 2.0, China’s artificial intelligence model capable of writing poems and generating recipes that surpassed Google and Musk’s OpenAI 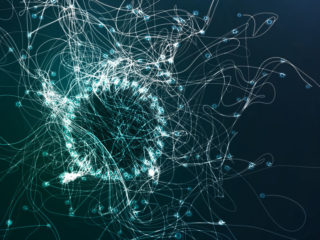 The specialists of the Academy of Artificial Intelligence in Beijing (China) this week presented the most sophisticated natural language processing model in the world, which uses 1.75 trillion parameters to simulate conversational speech, write poems, understand images and even generate recipes, pick up the South China Morning Post newspaper.

El WuDao 2.0, which in Chinese means ‘understanding of natural laws’, is a previously trained artificial intelligence model that was developed with the help of more than 100 scientists. It is more powerful than the models of its main competitors: the GPT-3 from the company OpenAI (co-founded by Elon Musk), which was launched with 175,000 million parameters, and the Switch Transformer from Google, which uses 1.6 trillion parameters.

The model develops both in Chinese and English acquired skills as you have ‘studied’ 4.9 terabytes of images and texts, including 1.2 terabytes of text in those two languages. WuDao 2.0 already has 22 partners, such as smartphone maker Xiaomi or short video giant Kuaishou.

“The path to general artificial intelligence is big models and big computers,” declared the president of the Beijing Academy of Artificial Intelligence, Zhang Hongjiang, aforementioned through the Engadget portal.

The presentation of WuDao 2.0, the first version of which was released last March, comes as China and the US are in a race to become the world leader in artificial intelligence and other advanced technologies. Previously, US President Joe Biden asked Congress to back a $ 13.5 billion increase in total federal spending on research and development.