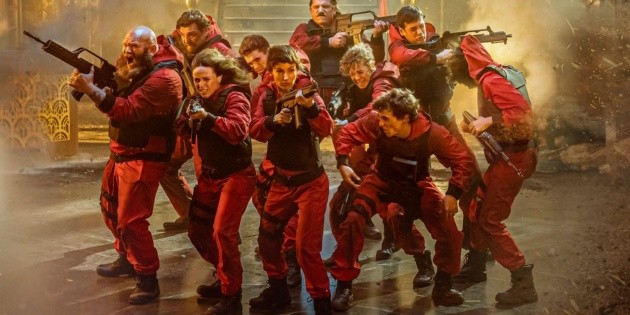 What time does the fifth season of La Casa de Papel premiere?

We are getting closer and closer to the premiere of part 1 of the final season of The Money Heist on the streaming service Netflix. It is one of the most anticipated releases of the year by millions of viewers, although only half of the end of the story will be seen, since the continuation will arrive on another date. If you are one of those who prefers to see everything instantly, you must know the time it will arrive in your country.

It was originally supposed to join the platform in April this year, but the Coronavirus pandemic prevented it and the production had to act to modify the plans. The creator of fiction, Alex Pina, confessed that They changed the plot of the last chapters, and that is why in the first part we will have the war genre as the protagonist and in the second there will be more emotionality in the characters, in what will be the final farewell.


“The gang has been locked up in the Bank of Spain for more than 100 hours, they have managed to rescue Lisbon but are experiencing one of their worst moments after having lost one of their own. The Professor has been captured by Sierra and, for the first time, has not has a plan to escape. When it seems that nothing can get worse, a new enemy will arrive much more powerful than any of the previous ones: the army. The end of the greatest robbery in history is near and what began as a robbery, now it will turn into a war “, notes its official synopsis.

+ What time does the fifth season of La Casa de Papel premiere?

Volume 1 of chapters will be available on the Netflix platform from September 3, while part 2 will arrive on December 3. If you want to see the first batch of episodes before anyone else and discuss it with your friends, you should get up early, if you are in Latin America. Check the opening times in your country!