Home
News
What topics will Putin and Biden address during their video conference on Tuesday?

What topics will Putin and Biden address during their video conference on Tuesday? 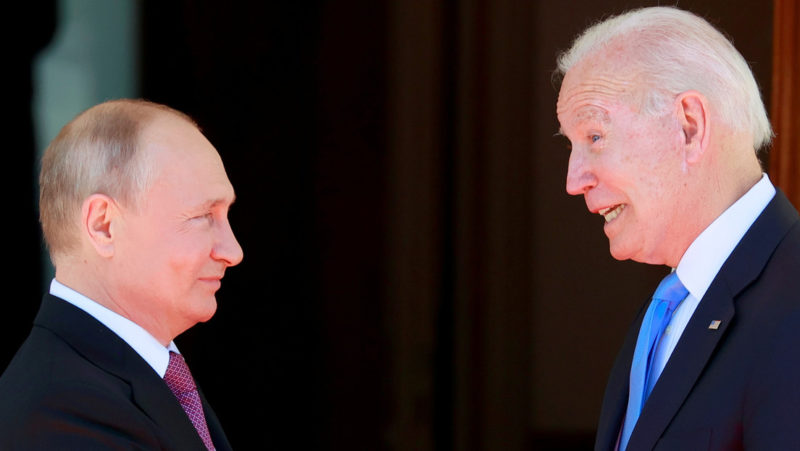 The president of Russia, Vladimir Putin, and his US counterpart, Joe Biden, will address during their virtual meeting on Tuesday, December 7, the growing crisis in bilateral relations, he claimed this Monday the Russian presidential spokesman, Dmitri Peskov.

In what format will it be?

“There will be no live broadcast. I think we are going to show the first images of the conversation in a comprehensive way. Without a doubt, it will only be the first images, all communication will take place in a closed mode,” said Peskov, aforementioned by TASS. At the same time, the spokesperson noted that the Russian side hopes that the meeting will be “quite wide and long”.

“Definitely, [el tema principal] is the bilateral relations, which remain in poor condition“said Peskov, noting that the two presidents plan to debate how to apply” the understandings “reached in Geneva.

Also, the main topics of the dialogue are reported to also include tensions around Ukraine and the expansion of the NATO presence near Russian borders. Other issues at the meeting could include the situation in Afghanistan, Iran and Libya.

As revealed by Peskov, the leaders are expected to also address the Russian president’s initiative on security guarantees. In this context, he recalled that these “guarantees can only be bilateral“.

“President Putin is precisely the politician who insists on nature equitable and mutual respect of bilateral relations, “stressed the Russian presidential spokesman.

Previously, White House Press Secretary Jen Psaki, he claimed that Biden planned to express the concerns of the North American country in relation to the alleged military activities of Russia on the border with Ukraine. In this context, the international analyst Alberto García Watson opined that what the US intends at this time is “clean your own image after the Afghanistan fiasco “seeking to turn Russia into” the bad guy. “

Meanwhile, Adam Smith, chairman of the Armed Services Committee of the US House of Representatives, aforementioned by Defense News, believes that Washington will fail to achieve its goal if it plans “flex your muscles” during the meeting. “It will not dissuade you [a Vladímir Putin] trying to flex his muscles and convince him that we are going to confront him militarily and defeat them in Eastern Europe, “he commented.

Instead, what Washington must do, according to Smith, is to demonstrate to Moscow that it has a number of allies “ready to make them pay economically and enormously“.