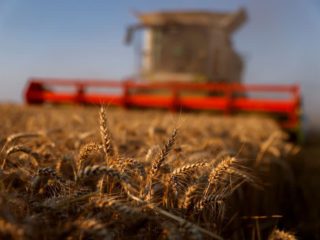 CHICAGO, US, Sep 14 (Reuters) – Chicago wheat futures rose Tuesday on concerns about global supply when demand is strong, while a weak US dollar favored US exports.

* Soybeans were trading stable, supported by export expectations and despite the pressure of the harvest.

* France on Tuesday cut its estimate for soft wheat production by more than 600,000 tonnes to 36.06 million tonnes, due to humid summer weather.

* Drought conditions in Canada hurt the wheat crop even more than it seemed weeks ago, according to a Statistics Canada report that estimated spring wheat production at 15.3 million tonnes, 41% less than in the past. last year.

* The situation coincides with a time of strong global demand for wheat, which has included several important international tenders in the last week.