Home
News
Wheat would reach a record 7.1 million tons in the core zone

Wheat would reach a record 7.1 million tons in the core zone 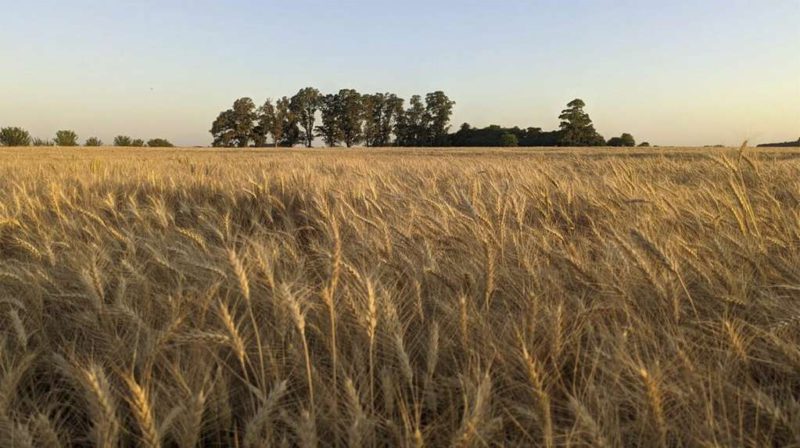 The projections for wheat production were raised to the historical mark of 7.1 million tons for the core zone, as reported by the Rosario Stock Exchange (BCR). “With 40% of the harvest, the surpassing yields continue and there will be record production in the region”The report noted.

The Santa Fe entity also reported that, in the last 6 years, not only that the wheat area almost tripled, but that the productive strategy and management was “drastically changed”. “This year, with record fertilization, there are historic yields in the center and south of Santa Fe, leading the advance harvest peloton in the region with 85% ”.

There, the average yields are among the 43 to 47 quintals per hectare. And the fit impacts adding 300,000 tons of wheat to the area. “The objective of surpassing the previous production record of 6.9 million tons in 2019/20 has been achieved”, highlighted the BCR.

They can still follow the positive adjustments. But there is a great unknown: to know if the good numbers of the Santa Fe harvesters will also be repeated in the Buenos Aires territory.

The north of the province of Buenos Aires did not receive the same relief that Santa Fe had in mid-October with the rains that cut off the heat pulse. “Harvest it’s good, but we don’t know how good it can be”, They commented in the Buenos Aires city of General Pinto.

The first batches have been lifted and there are some results of 50 and 60 quintals, as in Alfonso, or Colón, but in San Antonio de Areco they fall to 30. “There is another week to go before he leaves and rebels if the Buenos Aires sector will give him another push and to raise even more the production of the wheat region 2021/22 ″, indicated the Rosario entity.

You perform “extraordinary” and joy in the field

“Many producers are on an average of 55 quintals per hectare. We are very satisfied, they are higher than expected: there is joy in the field”, Exemplified the technicians of the Santa Fe town of Bigand.

There, as in the rest of the south and center of Santa Fe, they told of the frantic pace that the harvest was taking. “80% of the sown wheat has already been harvested, and the average yield is 45 quintals per hectare “, highlighted the BCR.

With the averages above 40 quintals, and in many cases exceeding 50, together with the hail that occurred last week, there was strong pressure not to leave more hectares to bad weather. “The yields are extraordinary, since 2010 we have not had this level of production”, They assured in the area.

The contrast with last year is total, the 2021 yields exceed them by 100%. “Last year was very bad: the frosts with the lack of water were inclement with the crops,” recalled producers who gave their testimony to the Santa Fe entity.

“Today, in Cañada Rosquín there are yield levels of 46 quintals and maximums of 61 to 70. Last year they were below 24″, They asserted. In Los Cardos, the picture is similar: brands range from 45 to 65 quintals. Towards the south of the region, progress is slower.

However, in San Gregorio, with 3% harvested, floors of 35 and 55 quintals ceilings. In Venado Tuerto, with 10% raised, averages of almost 50 quintals. “The long-awaited wild revenge is a fact”, indicated the BCR.