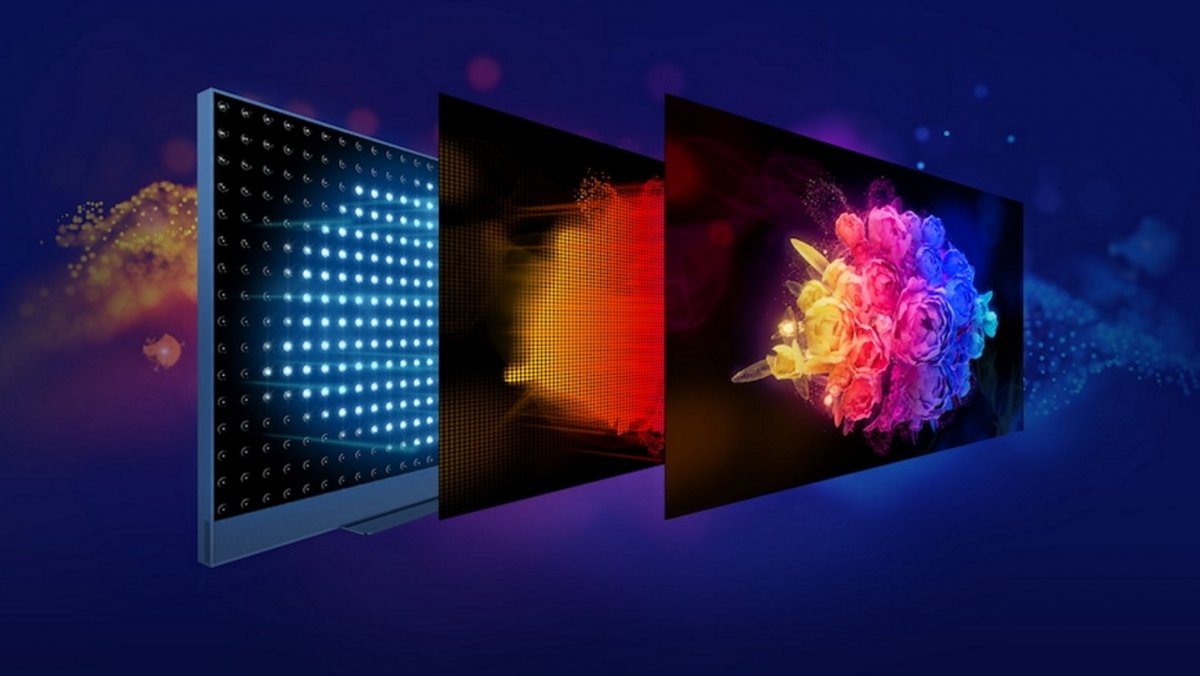 The British Comcast subsidiary Sky UK recently presented its new Glass TV. But is the Glass TV really a TV set? One website that deals with TVs says, “These are just ordinary TVs”. I can not agree with that.

Bob Raikes is the founder of Meko Ltd., a UK market research company. Bob is the publisher and editor-in-chief of Display Daily, a daily blog and lots of news about display technology.

The separation between image source and screen has been part of the agreement since the dawn of the television industry. The “‘tele” in the name comes from the Greek and means “far”. The German word for a television is television (I wonder why the French, who are so fond of their own terms, don’t have loinvoir or something like that).

In about 1969 I was helping clean up a barn for a nonprofit event and found a 1934 book there, Newnes Television and Short Wave Handbook. I found it fascinating and the barn owner said I could keep it. I still have it. The television was seen in it only as an extension of the radio. The cathode ray tube was still quite an exotic scientific device, and the book even included instructions on how to make your own television using motors and mirrors. But you needed a tuner to receive a signal, because video cameras were also very exotic devices at the time.

For many years, radio was the only way to get television signals into the house. You needed an antenna. Cable TV doesn’t need an antenna, but it was still radio, only it was transmitted over a coaxial cable and not over the air. (Cable television that is delivered to your home via fiber optic cable does not have a radio element, but it is not yet universal. The last part of my cable connection is still RF over coax). VCRs appeared in the 1960s, but only recorded broadcast signals until Sony’s costly U-Matic system appeared in 1970. Philips and others developed other systems, but it was only VHS that made it possible to bring video to many households without broadcasting, and at a price suitable for the mass market.

Then came the satellite broadcast: Satellite Broadcast Ltd. (later Sky One) was introduced in April 1982. But this system was also based on radio signals that were reflected back from a satellite. In Great Britain, the sky dish for receiving the service became a status symbol in some communities – and in quaint English villages it was more the object of disgust.

So there were three ways to receive television: a conventional antenna, a cable connection, and satellite. Television manufacturers developed equipment that included all three types of tuners. Making these work in all regions where a television could be sold was a real challenge. I remember tales of television engineers traveling in minibuses loaded with equipment: they wanted to make sure that new tuner designs would work properly in the different countries the equipment was supposed to be sold in.

Developing a television, especially in the extremely complex European broadcasting environment, required a great deal of technology, know-how and experience. That was a big hurdle for potential market participants from outside Europe – and probably also the reason why Vizio or any other “new” TV brand was never successful on the European television market.

Why did the devices need all three tuners? TV buyers are very conservative. So far they thought they would buy a device for ten years (or more). And they didn’t want one that could become obsolete if the TV provider changed. So the manufacturers built all the tuners into the television.

In some countries, IPTV was introduced from the year 2000, in which television is provided via ADSL and made possible by digital compression technology. No radio was used, but I don’t think a television set with integrated IPTV technology was ever made – the transmission was always via an external set-top box.

One day I discovered that although I had a flat screen TV with lots of tuners, I had never used them. When I got my first HD flat screen TV, I immediately switched to a Sky box that was connected via HDMI. My DVD player was connected via HDMI, as was my game console. Although there was a multi-output antenna system wired in my house, I never used it.

Why not a stupid TV?

At the time, Display Daily publisher Meko Ltd was doing extensive research into the TV market and we spoke to the TV manufacturers and OEMs on a regular basis. I have often suggested to these customers that there is room in the market for a device with a really great screen that simply omits the tuners and has lots of HDMI connections. You could then use a separate set-top box or an HDMI dongle if you really want TV reception. This is how the first plasma TVs came about.

Some device manufacturers thought this was an interesting idea, but the resistance from retailers in Europe (and those were probably only three major retailers at the time: Dixons, MediaMarkt and FNAC) was enormous. Dealers didn’t want to sell a TV without a tuner because they feared users would come back later and complain that they couldn’t get TV.

For a brief moment it looked as if it could work even better, because it was said that a device without a tuner is not a television set according to the customs regulations and therefore does not have to be cleared at 14 percent when imported into Europe. IT monitors were excluded. However, the European Commission changed its definition to prevent this – but went too far and imposed the tariff of 14 percent not only on televisions, but also on many real monitors. It’s a long story that eventually culminated in a WTO litigation that the Commission lost.

Be that as it may, the device manufacturers did not take up the idea without the support of the retailers, although MMD, the licensee for Philips monitors and part of TPV, advertised its large Momentum monitors for use in the living room, albeit without their own “smart” ones. Functions to view streaming services directly.

The big change in recent years has of course been video streaming over the Internet without the isolated networks required for IPTV. More and more television is received through services like Prime or Netflix (and others). Sky has its own service, Sky Now, to stream content for those who do not have a satellite connection, and Sky Deutschland is providing a box for accessing Sky content over the internet (although Sky UK does not currently offer this).

The Sky Glass TV integrates the box (and a DVB-T2 receiver, which, according to Sky, is only intended for emergencies). Although this is not listed in the specifications, there have been reports that the device has a hard drive for video recording (PVR) and can be connected to Sky “pucks” to distribute content around the house. The device should be able to integrate program guides from streaming services and from Sky. For example, Gray’s Anatomy is available on Amazon Prime, Disney + and Sky, and Sky Glass is said to combine these services into a single playlist.

The devices made by TP Vision – although previously rumored to be from Hisense – appear to have a decent display. If you can believe the picture on the website, it has a backlight with 16 × 28 separately dimmable segments, i.e. 448 zones for full array local dimming (FALD), color-enhancing quantum dots (QD) and a VA-LCD panel with 60 Hz – and if not, the company is likely to get into trouble with the UK advertising authorities. The Glass devices have integrated Dolby Atmos sound and will be available in sizes 43 “, 55” and 65 “in five different colors.

The Glass TV can be bought directly from Sky or from specialist retailers or with a monthly contract. (Thanks to the direct relationship with its customers, Sky could have continued operations even if the retailers had decided not to sell the device. Of course, this encourages retailers to join in or they would miss out on a deal). A Sky contract, which costs at least £ 26 (€ 30) per month and a broadband connection of at least 10 Mbit / s, is required to purchase the device. The units cost £ 649 for the smaller 43-inch model, £ 849 for the 55-inch model, and £ 1,049 for the 65-inch model. That’s not cheap, and respected commentator Chris Forrester called his report “Ugliest TV Ever?“.

Especially when it comes up against Samsung’s QLEDs, the Glass TV is anything but cheap. But it integrates Dolby Atmos speakers, which would be added for other devices. Atmos is likely to incur additional costs, and the Glass TV should offer significant CPU power and storage space. Those additional costs could eat up some or even all of the savings from eliminating the tuners.