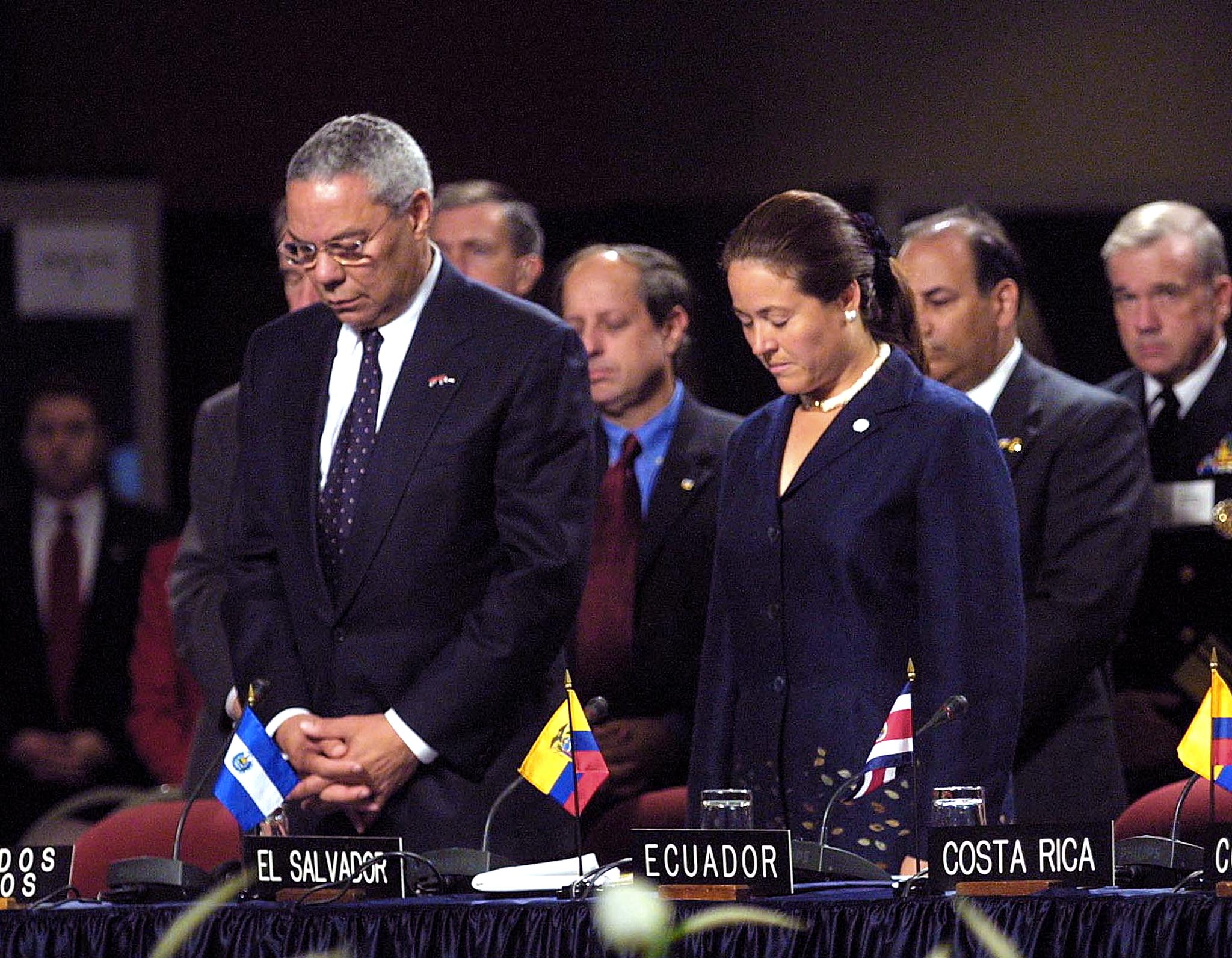 Having breakfast in Lima, Peru. Colin Powell, the then US Secretary of State, had accepted an invitation from Peruvian President Alejandro Toledo to a breakfast at the Government Palace. But Powell had not traveled to Lima to talk to Toledo. His purpose was to represent his country in what promised to be a historic meeting: that September 11, 2001, 34 countries in the Americas would commit to strengthening and defending democracy. In the document to be signed, the Inter-American Democratic Charter, the governments recognized that “the peoples of the Americas have the right to democracy and their governments have the obligation to promote and defend it.”

Those were times when democracy was flying high: in a wide range of countries, opinion polls of the time revealed that it was widely perceived as the best political system. It was the system that the countries had that faced and defeated the despots of the Soviet Union, preventing the ruinous and inhuman communism that the Kremlin wanted to impose on the rest of the world from taking root.

Before the meeting at which dignitaries would sign the Democratic Charter, former General Powell, who at the time was perhaps the most admired politician in the United States and, for many, the inevitable next president, paid a formal visit to the president of Peru. He was accompanied by five senior officials of the State Department and Toledo received them in the company of the President of the Council of Ministers, Roberto Dañino, the Minister of Foreign Affairs and the zar anti drugs. None of the attendees imagined that that promising tomorrow the world would change in ways that affect us all today.

While they were tasting the delights of Peruvian cuisine, one of Powell’s assistants came in, whispering something in his ear as he handed him a piece of paper. Recalling the moment, Roberto Dañino, whom I interviewed for this article, says that Powell read the note, frowned, and briefly informed the group that a plane had lost its way and crashed into a building in Manhattan. The group continued talking until, minutes later, the assistant came back in. He gives another paper to Powell who reads it, and without losing his cool he tells the diners that a second plane had crashed into a building and that everything indicated that there was a terrorist attack underway. “Who is behind this?” Dañino asks him. “Al Qaeda,” Powell responded quickly, immediately correcting himself: “But I really don’t know. Also, my military experience has taught me to react calmly to big events. We have to hope that the dust clears and things can be seen more clearly ”. They asked him if he would fly back to Washington immediately, leaving one of his officials in charge of signing the document. “No way,” Powell replied. “I stay and sign it. Democracy is the best weapon against terrorism. The only thing that I will ask is that they advance the process of the signatures so that I can travel as soon as possible ”. This happened and with the signature of the representatives of the governments of the continent, except Cuba, the democratic charter was adopted that obliges them to promote and protect democracy throughout the hemisphere.

20 years later things have changed. A recent Ipsos survey of 19,000 people in 25 countries (including Argentina, Brazil, Chile, Colombia, Mexico, and Peru) found that these Latin Americans’ perception of their democracy is the worst in the world. Even more worrying is that 44% of the Latin Americans surveyed want to have “strong leaders who are willing to break the rules.” The perception that society is fragmented is higher among Latin Americans (64%) than in the rest of the world (56%).

Polarization within Latin American countries is inevitably reflected in the polarization of governments in the region. It is not surprising then, that in these 20 years the Democratic Charter has not been applied in such flagrant cases of its violation as those of Chávez and Maduro in Venezuela or in Daniel Ortega’s Nicaragua.

On October 18, Colin Powell passed away at the age of 84. In the massive recount that the media have made of his life, successes and mistakes, his role in the adoption of the Democratic Charter is little more than invisible. I know that, even in his retirement, the general and diplomat was very concerned about the time of democratic precariousness that the world is going through. I wonder if it occurred to Powell that, if things continue as they are, perhaps the document that he signed in Lima 20 years ago will have to be applied to the United States. @moisesnaim