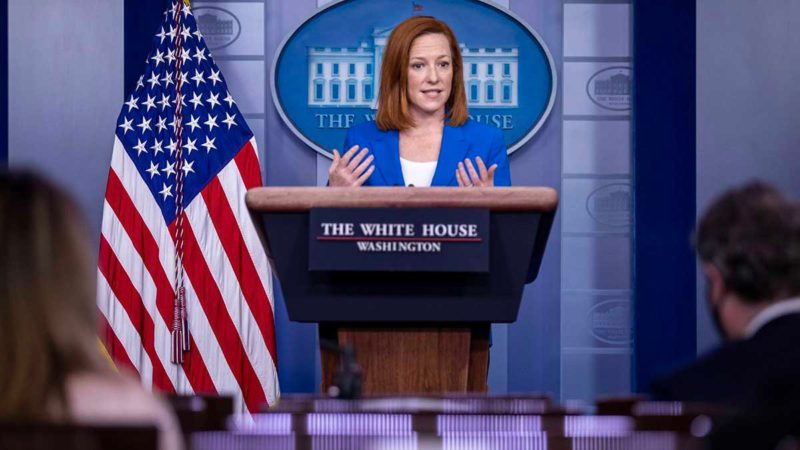 The White House confirmed this Monday the diplomatic boycott of the Winter Olympics in Beijing in response to human rights violations committed by the Chinese Government in Xinjiang, which implies that no senior North American official will attend the sporting event, something that has not been precedent since 1980.

The White House press secretary, Jen Psaki, has indicated that the Joe Biden Administration is sending a “clear message” that abuses cannot go unpunished. At a press conference, Psaki confirmed that the decision had been taken “given the genocide and ongoing crimes against humanity” in Xinjiang province.

Although it does not send a diplomatic delegation, the White House has transferred its “Full support”, while insisting that she is unwilling to “contribute to the fanfare of the game,” reports CNN. Psaki added that the government does not consider it a “correct or fair step” to apply a full boycott of the games, as it would penalize American athletes.

The possible American boycott was something that had been talked about in recent weeks. Own Biden He acknowledged in November that a diplomatic boycott was on the table, after prominent voices from the main parties had requested it, including Democrat Nancy Pelosi, Speaker of the House of Representatives.

After knowing the news, the official newspaper Global Times has published a message on social networks assuring that «To be honest, the Chinese are relieved to hear this newsBecause the fewer Americans come, the less viruses will get into the country.

The last time a similar measure was applied was with Jimmy Carter in the White House, when the United States politically distanced itself from the Olympic Games in Moscow.

Tensions between the United States and China have been a constant in recent years and, in fact, Biden has not invited the Asian giant to the Summit for Democracy that organizes this week. One of the main American reproaches has to do with the treatment inflicted on the Uighurs in Xinjiang, although it has also criticized the repression of dissent in Hong Kong.

The official Chinese press has echoed in recent weeks the boycott threats that have come from the United States and also from other countries from the United Kingdom and at the end of November the ‘Global Times’ made it clear that Beijing would not invite the leaders who even raise diplomatic retaliation linked to the Olympics.