Home
Entertainment
Who are the Celestials in Eternals? This is the story of Marvel comics

Who are the Celestials in Eternals? This is the story of Marvel comics 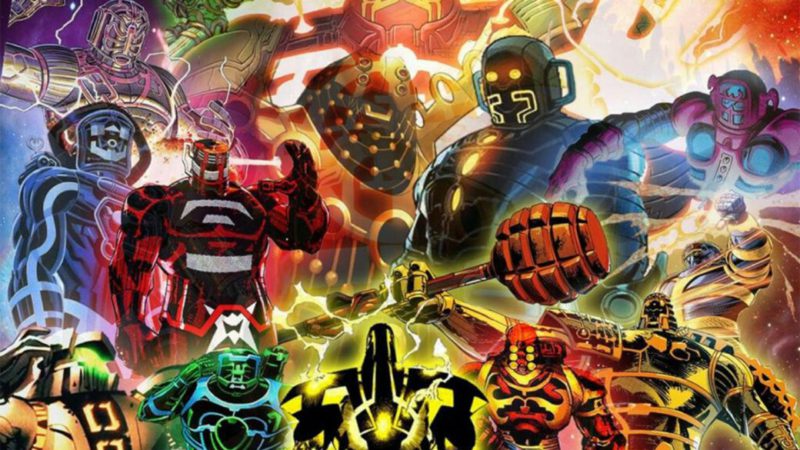 The premiere of the Eternals this November 5th only in theaters invites us to discover a series of characters hitherto unknown to all in the Marvel Cinematic Universe. They are old faces, yes, in the world of comics. Its premiere in August 1976 with the comic The Eternals #1 hand of Jack Kirby supposed the appearance of immortal beings, created by the Celestials to protect planet Earth from any kind of threat. Today we are talking about the latter, the Celestials, so that you can get to know them a little better.

Although they appeared for the first time in Guardians of the Galaxy in the Marvel Cinematic Universe, the reality is that it will be in Eternals when we see them with all right and surrounded by prominence. According to lore From the comics, before the creation of the current universe there was one dominated by the First Firmament, which generated new living beings in the form of servants of different classes. One of them, the rebels, sought a reality based on the evolution of the races so that they could reproduce and prosper.

It was they, the rebels, who promoted the creation of cosmic beings capable of creating other evolving universes, the Celestials. Over the years, the Celestials gave rise to different genetic experimentations with great results: the subspecies of the Eternals, the Deviants and the non-modifiable beings. At first, these comics were not part of the Marvel Universe, but with the passage of time they were introduced into canon.

Why are the Eternals still on Earth?

In the film we will be told how this race of superhumans created by the Celestials visited Earth millions of years ago to protect and defend it from the attack of the Deviants. Following the events of Avengers: Infinity War and Avengers: Endgame (why didn’t the Eternals come to Earth’s rescue during the snap, despite being on the planet?), A tragedy takes place on Earth and the Eternals come out again from the shadows to meet with some enemies they assumed eradicated, the Deviants.

Ajak, a character played by Salma Hayek, is in charge of communicating with the Celestials. What is the true goal of this breed? Why were the Eternals forced to remain on Earth thousands of years after taking down the Deviants? Are they truly immortal? All of these questions will be answered in the movie.

Directed by Chloe Zhao, in charge of the acclaimed Sundance film The Rider, and produced by Kevin Feige, The Eternals opens only in theaters this November 5, 2021 as part of Phase 4 of the Marvel Cinematic Universe.