Who is Laurel Hubbard, the first transgender athlete to compete in the Olympics 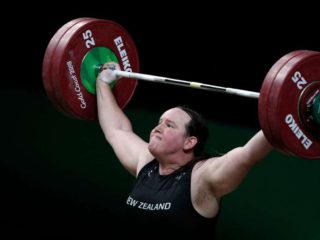 The story of Laurel Hubbard It is one of the most particular of those counted in the Tokyo 2020 Olympic Games. Until 2012 he was called Gavin and was the son of former Auckland City Mayor Dick Hubbard. By then, at 34, Gavin had competed in weightlifting in the men’s category, while at the Tokyo Olympics that will officially begin on Friday, July 23, will compete as a woman. Es, at 43, will be the first transsexual athlete in a Games.

The Tokyo appointment will feature a transgender participant for the first time after Hubbard began a sex reassignment process in 2012. The category of +87 kg will contest.

The admission of trans athletes to women’s events is viewed with suspicion, if not opposition, by some women’s associations. The President of the IOC, Thomas Bach, He pointed out that Hubbard was classified according to the current regulations, although this will be revised “to establish guidelines for action after consultation with the different parties.”

Classification of this 43-year-old woman is possible after the International Olympic Committee (IOC) changed its rules in 2015 allowing transgender athletes to compete as women if their levels of testosterone – the hormone that increases muscle mass – are below a certain threshold.

Previously, she had competed in men’s events before coming out as transgender in 2013.

The decision has caused controversy: while her critics say she has an advantage that may be unfair to the other competitors, there are those who back her by advocating for greater inclusion in the Games.

“I am grateful and honored for the kindness and support that so many New Zealanders have shown me,” Hubbard said in a statement issued by the New Zealand Olympic Committee on Monday.

Although the athlete’s testosterone levels are below the threshold established by the IOC, some critics suggest that there are biological advantages of men who have gone through puberty, such as increased bone and muscle density, which make them their participation remains unfair to the rest of the competitors.

Last month, the Belgian weightlifter Anna Vanbellinghen, who will compete in the same category, said that if Hubbard shows up in Tokyo it would be unfair, labeling the event as a “Joke of bad taste – Disagreeable joke”.

He added that while he fully supported the transgender community, the principle of inclusion should not be “At the expense of others.”

“Anyone who has trained weightlifting to a high level knows this to be true: this particular situation is unfair to sports and athletes ”, said in May.

“Opportunities that change the lives of some athletes, medals and Olympic qualifications are lost,” he added.

// Five days before the Olympics: Matthias Steiner’s incredible physical and life change, the most emotional gold in history

“Inclusion and respect for all”

But the New Zealand government and the country’s main sports body have endorsed its inclusion for the next Olympics.

The Executive Director of the New Zealand Olympic Committee, Kereyn Smith, noted that Hubbard meets the eligibility criteria and that “as a New Zealand team, we have a strong culture of inclusion and respect for all.”

“We recognize that gender identity in sport is a very sensitive issue and complex that requires a balance between human rights and equity on the playing field ”, he added.

For his part, New Zealand Olympic Weightlifting boss Richie Patterson said the athlete had shown “courage and perseverance” to recover from a 2018 injury that threatened her career.

“We look forward to supporting her in her final preparations for Tokyo,” he said.

Laurel Hubbard is among the highest ranked athletes in the world in her category. But his participation in previous competitions has not been without controversy.

In 2019 she won a gold medal at the Pacific Games in Samoa, beating an athlete from the host country, sparking outrage.

Since then, Samoa’s chief weightlifter He said that Hubbard’s selection in Tokyo is like allowing athletes to “get high”, fearing that this could cost his country a medal again.

In 2018, meanwhile, the Australian weightlifting federation tried to have Hubbard excluded from the Commonwealth Games, in Gold Coast, but the organizers rejected the measure.

However, Hubbard had to withdraw from the competition due to injury.