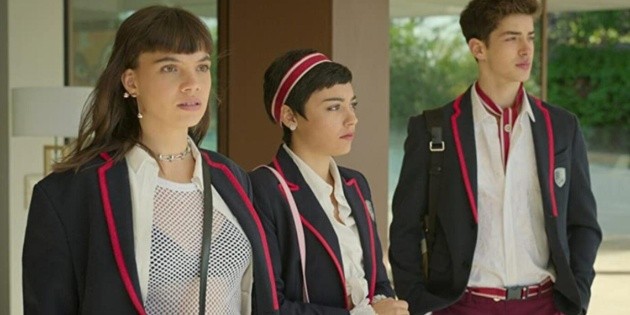 Who is the favorite character of the fourth season of Elite

The new season of Elite it’s all the rage on Netflix. In just eight episodes, the series showed the legendary Las Encinas students sharing space with four new members of the most prestigious institute in Madrid who arrived for “ruin everything “ and prove, once again, that nothing is what it seems.

Filled with sex, murder, drama, and exams, the latest season of Elite it catapulted Manu Ríos, Pol Granch, Carla Díaz and Martina Cariddi to international fame, as it did with the already well-known cast members. However, among this new quartet of the series there are two who knew how to stand out and win, completely, the hearts of the fans.

The first of them is Manu Ríos, who plays Patrick in this teenage drama and is in charge of interposing in the relationship between Ander (Aron Piper) and Omar (Omar Ayuso). Influencer, singer and dancer, the artist increased his followers in all his social networks and, in fact, many fans were also interested in the current sentimental situation of the multifaceted man.

His character, Patrick, caused a lot of controversy worldwide and all for being in the middle of a bond as forged as the one that Ander and Omar seemed to have. However, on the other hand, it was also widely understood by those who know the history of the series and what this young man suffered throughout the eight episodes.

In addition, who also achieved great success was Martina Cariddi playing Mencía, the youngest of the Blanco family. Frontal, sarcastic and a woman with great impetus were the characteristics with which her character stood out, who struggled to cope with the abuse she suffered as a minor and managing to find love and a helping hand in Rebeca (Claudia Salas).