Why do they swing their trunks ?: create the most complete ‘translator’ to decipher the language of African elephants 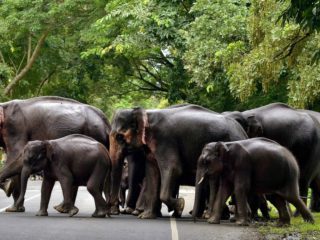 A pair of researchers has created a digital ethogram open to the public that allows a better understanding of the behavior of pachyderms.

It’s about the project ‘ElephantVoices‘(Voices of Elephants, in Spanish), an “exceptionally detailed catalog or library” on the behavior and communication of African savanna elephants that was founded in 2002 by German biologist Joyce Hatheway Poole and her husband, researcher Norwegian Petter Granli.

The catalog describes nearly 500 behaviors and 100 sets of attitudes in various contexts that occupy more than 3,000 multimedia files collected over 46 years.

The database helps to understand what the different behaviors of mammals mean, such as the swing of the trunk, the movement of the ears and tail or the gesture of kneeling.

According to the researchers, the aim of the ethogram is to create a “repository for scientific study and comparison, and to inspire a broader interest in the behavior, conservation and well-being of elephants,” whose lives are “increasingly seen. affected “by human beings.