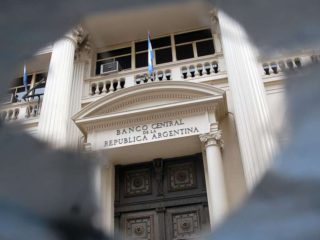 Since the end of June and so far this month, the blue dollar returned to center stage, with an escalation that took him to exceed $ 180 this week. The gap with the official price has widened and is already close to 90%, a value that does not leave the Minister of Economy calm, Martin Guzman, which until a few weeks ago highlighted that this distance had been reduced to the 60% zone.

The central bank (BCRA) closely follows the exchange gap and seeks to control it with interventions in cash with settlement and regulations that tighten the stocks to the dollar. Meanwhile, take advantage of foreign exchange earnings from the field to continue buying US banknotes, as you will need them in the coming months.

// The blue dollar at its highest price in nine months: what are the effects on imports and construction

The entity, led by Miguel Pesce, acquired more than $ 1 billion in July and thus surpassed the marks of all of June (when it took US $ 727 million), but also those of January and last February.

With these operations, the BCRA reserves exceeded $ 43 billion for the first time in eleven months even when the entity use part of those dollars for iintervening in the gap with the financial exchange rate.

According to calculations by the consultancy LCG, the net reserves (that is, the constant and sound dollars that are in the BCRA) also recovered and are approaching US $ 9 billion, while gross reserves totaled about US $ 3.6 billion since the end of December. The official purchases have three arguments fundamental:

Until the end of the year, the Government will not be comfortable in exchange matters because harvest seasonality declines and less dollars come in from agriculture. “The liquidation of the bulk of the harvest and the high international prices allowed the BCRA to accumulate reserves on a net basis for 5 months, providing air for a second half to be displayed more challenging in terms of exchange rate stability, ”LCG warned.

Along the same lines, from Quantum Finanzas They recalled: “The exchange rate dynamics of the first half of the year were characterized by a net supply of foreign currency in the official market and a net demand in the free market and with settlement, in the context of falling demand for money. To control it, the BCRA appealed to the pre-existing restrictions and intervened directly in the market, losing reserves”.

And they added: “The balance was a relatively calm scenario, playing in favor of a depreciated exchange rate, seasonality in the net supply of foreign exchange and monetary control. In the second semester, these elements they will no longer play in favor, which led to recent modifications in the regulatory framework ”.

The renewed exchange rate tension -which is already being seen in recent weeks- will require that the Central spend more dollars in trying to contain the rise of the cash with liquidation, whose demand still pushes with the restrictions.

Finally, the government is likely use part of the dollars that the BCRA bought in recent months to make debt payments. At the end of this month, it will make the first transfer to the Paris Club and, if not agreed with the IMFIt will need another US $ 4.5 billion to comply with this multilateral in the remainder of the year.

However, Guzmán and Pesce are excited that the arrival of the IMF’s Special Drawing Rights will strengthen the position of the reserves and provide some air to continue negotiating with international organizations.