Why the Facebook outage is a real problem for activists 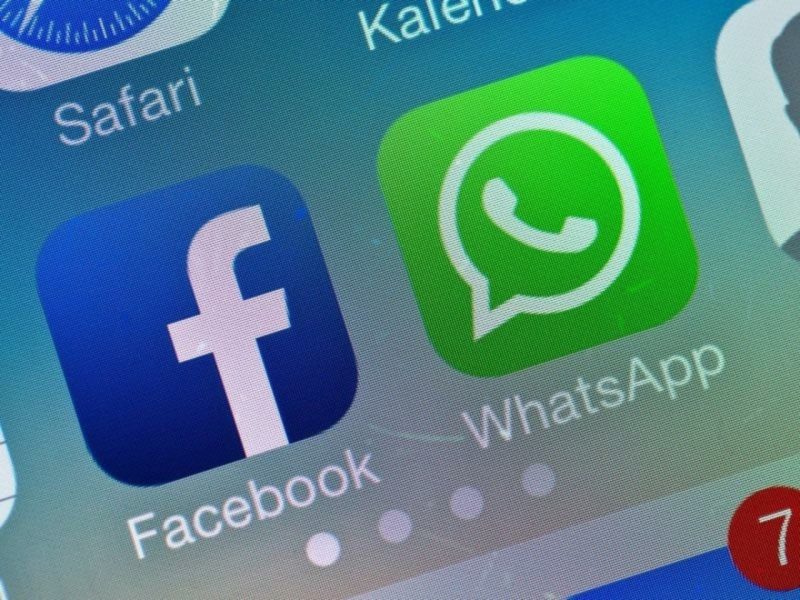 One of the last messages that Vaiva Bezhan sent via Facebook Messenger on Monday afternoon, Central European time, was tough and incredibly time-sensitive. The Lithuanian photojournalist is a co-organizer of the Afghan Support Group, one of the many voluntary initiatives that by all means try to support the evacuation of vulnerable Afghans after the Taliban came to power. She wrote to ask if she could put someone on the passenger list for one of the few volunteer-coordinated evacuation flights that are still leaving the country.

But that important question went unanswered for hours after all Facebook services – including Facebook.com, WhatsApp, Messenger, and Instagram – suddenly went unavailable for almost six hours. There is still speculation about the trigger, although it is now possible to reconstruct what happened technically.

For many Internet users in the United States and Europe, the outage was a minor nuisance. But for the millions of people around the world who depend on Facebook products to access the internet, including activists like Bezhan, the sudden downtime was far more serious.

“For much of the world, Facebook has become synonymous with the Internet,” said Sarah Aoun, vice president of security at the Open Technology Fund. The non-profit US organization supports technology projects such as the private browser Tor and the encrypted messaging service Signal. The failure is nothing less than “a major breakdown of the infrastructure,” she says.

The failure also came at an inopportune time for Facebook itself. On Sunday, just hours before the outage, the CBS television show “60 Minutes” aired an eagerly awaited interview with Facebook whistleblower Frances Haugen, which leaked a series of documents suggesting the company, among other things knew his products were bad for young girls. Haugen testified in front of the US Parliament on Tuesday.

More than 3.5 billion people around the world use Facebook’s social networks and apps, including Facebook.com, the Messenger app, Instagram and WhatsApp, to name a few. The country with the largest number of Facebook users is India with an estimated 340 million users.

It’s not a coincidence. For years, Facebook has been working to expand Internet access in developing countries, because that would also increase its own user base. To do this, the company has researched the use of satellites, drones and wireless radio networks. It has partnered with local telecommunications companies to improve the physical internet infrastructure.

In 2013, Facebook launched the Internet.org initiative, which allowed users to visit Facebook and certain other websites without data fees. That was part of Mark Zuckerberg’s grand plan to bring the (then) 85 percent of the world who had access to cellular data online via free internet access.

But in 2016 the program (now renamed Free Basics) was banned by the Indian regulatory authority for telecommunications because it allegedly violated network neutrality. Despite this setback, the program got less fanfare in other countries introduced to the third world. In 2018, Facebook announced that Internet.org had brought 100 million people online. In 2019 FreeBasics was available in 65 countries, including about 30 in Africa. Last year, the company began rolling out Facebook Discover, which allows internet users to access all websites (not just Facebook’s) with low bandwidth, even when they are out of data.

Versions of these programs are also available in Afghanistan, where many new internet users equate Facebook, Facebook Messenger and WhatsApp with the entire internet. Even for those with broader access to all of the Internet, Facebook’s products still played an important role. WhatsApp calls, for example, have long since replaced the more expensive – and less secure – phone calls. Many small businesses use Facebook’s tools to sell and promote their products.

Facebook as the most important connection to the outside world

All of this means that even temporary outages can have devastating effects, especially for activists and advocacy organizations – and for people like Bezhan. “Much of the planning and support going underground takes place through social media,” says Bezhan, and much of it through Facebook, WhatsApp, and the Messenger app. The outage disrupted their efforts “to provide the Afghans with information, plan strategies for the next steps in the evacuation, and connect people in need.”

For Bezhan, it was already past midnight when Facebook came back to life. However, even then, some of the features, including Search and Notifications, were not available again. She had not yet received any feedback as to whether she could add another name for a possible evacuation.

But she was also concerned about what her Afghan friends were feeling and thinking, whose most important connection with the outside world had suddenly been severed. For weeks since the fall of Kabul there have been rumors that the Taliban had cut off access to the Internet. “I bet they’ll start rumors and make up stories of the new government blocking the media,” she says.

You would not be alone with this assumption. In response to similar fears, a communications ministry spokesman for the Democratic Republic of the Congo – a country responsible for state internet shutdowns is known – on Twitter to speak to rectify the matter: “The Internet connection was not interrupted,” he wrote at 4:05 pm Central European Time. “It’s a global blackout that paralyzes WhatsApp, Facebook and Instagram. Other applications like Twitter work normally. The same goes for the rest of the web.”