Wind industry relies on hydrogen and a new government 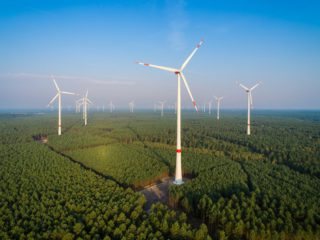 The wind power industry is demanding an immediate program from the next federal government for the expansion of renewable energies. After four years of standstill, the coming legislative period offers the last opportunity to take the necessary steps to achieve the climate targets by 2030, said the President of the Federal Wind Energy Association, Hermann Albers, on Tuesday at the start of the Husum Wind trade fair. Germany had signed the Paris climate agreement with the 1.5 degree target for temperature increases, but was “on a safe 3-degree course”. That is shameful.

The industry is hoping for important impulses from the trade fair in Schleswig-Holstein. According to the organizers, up to 10,000 visitors are expected there by Friday. Almost 390 exhibitors show products related to wind energy and the topic of green hydrogen.

After two difficult years, significantly more new wind turbines were connected to the grid again in the first half of the year. According to industry information, 240 wind turbines with a capacity of 971 megawatts were installed. Because 135 plants with an output of 140 megawatts were shut down, the so-called net expansion was 831 megawatts. “We have passed the low point,” said Albers. By the end of the year, an increase in wind power of expected 2.4 gigawatts will be achieved in Germany.

“But we need an additional five gigawatts of wind power per year.” Albers demanded a commitment from the federal and state governments to provide two percent of the state’s area for wind turbines. He proposed a corresponding requirement in the regional planning law at federal level. Currently, an average of just one percent is available for wind power.

Industry representatives called for more speed, especially when approving new systems. “Permits should no longer take six years, but six months,” said Albers. Matthias Zelinger, Managing Director of VDMA Power Systems, argued in a similar way: “Everyone knows, otherwise it won’t. Even today, however, there are often protests against the installation of new wind turbines. People fear that the landscape will become asparagus, demand greater distances to residential buildings or worry about species protection.