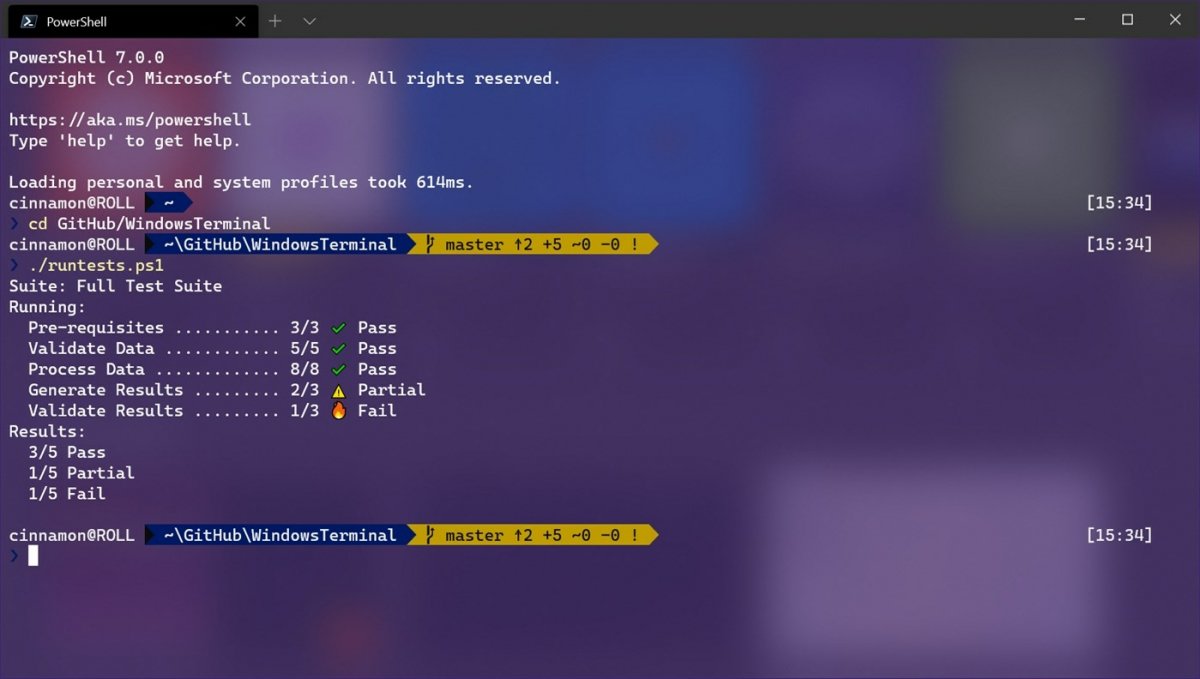 The preview for Windows Terminal 1.12 was released together with the final version of Windows Terminal 1.11. The preview version brings some new features, including restoring tabs and areas (panes) after closing the terminal. This can be done with the option "firstWindowPreference": "persistedWindowLayout" in the global settings of the settings.json file or in the settings of the Start-Page set.

The current preview continues the work on the design: After version 1.11 brought the acrylic look, Windows Terminal can even be displayed transparently in Preview 1.12. The strength of the transparency effect can be adjusted with the key combination Strg | Shift and scrolling at the same time. At the highest level, only the writing remains visible, as Microsoft demonstrates using an example:

The other changes in Preview 1.12 include some fixed bugs and the option to mark text output in the buffer using the keyboard.