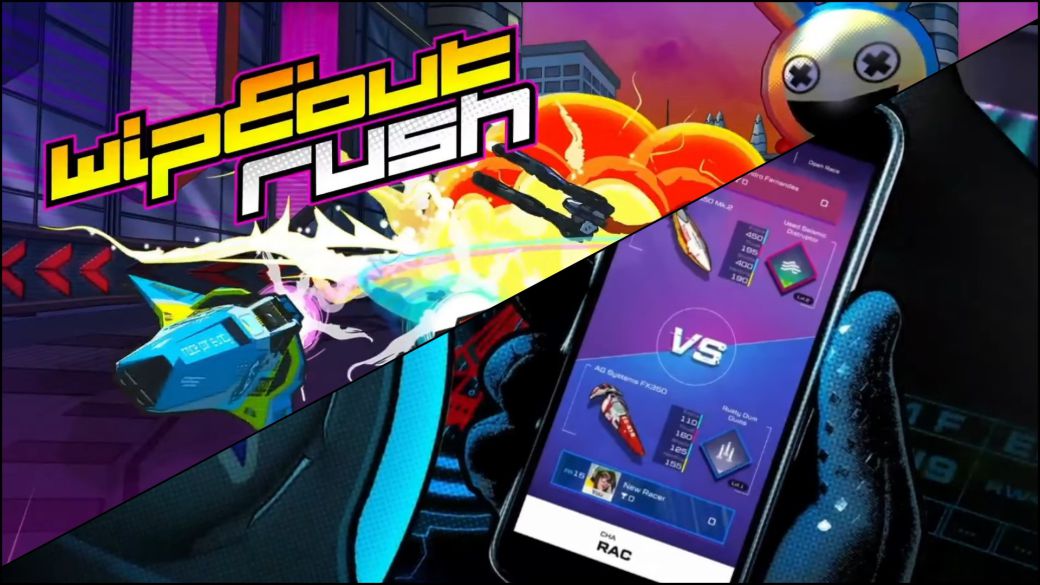 The Wipeout franchise is back in a different way than its fans expected. WipEout Rush It is the expected next installment this time for iOS and Android devices. The trailer, which you can see in this news, shows the new aspect of racing in ships. In fact, its managers emphasize that visually “it has been reimagined.” It will arrive during the start of 2022.

Wipeout Rush: everything we know

Few data has transpired so far, except that it includes a single player campaign and “60 ships from the original games”. During the video we can see that they point to a “unique card-based racing system”. Everything indicates that we will have to do more than run, as up to now.

Rogue Games Editor CEO Matt Casamassina knows that “The fans keep wanting” his return to PlayStation platforms. “But at the same time, we’re excited to be able to rethink WipEout for mobile with some fun new mechanics and glorious graphics,” he tells IGN in conversation.

“We hope that the fans will come with open mind because we are proud to be able to bring back the WipEout franchise with a new perspective on its formula ”, he reveals. “We have put a lot of love into the presentation, which includes a multitude of mythical ships and circuits, an unreleased comic book-inspired narrative, an electronic soundtrack that fits, and glorious graphics that run at 60 frames per second on modern hardware.”

We must go back al 2017 to know the latest debut of the saga. The Wipeout Omega Collection was a remastering for PS4 of the last two titles to be released, both Wipeout HD (includes its expansion, Fury) and Wipeout 2048. In fact, the latter was its final appearance as an original work, as part of the catalog of Play Station Vita. Studio Liverpool was responsible for shaping it.