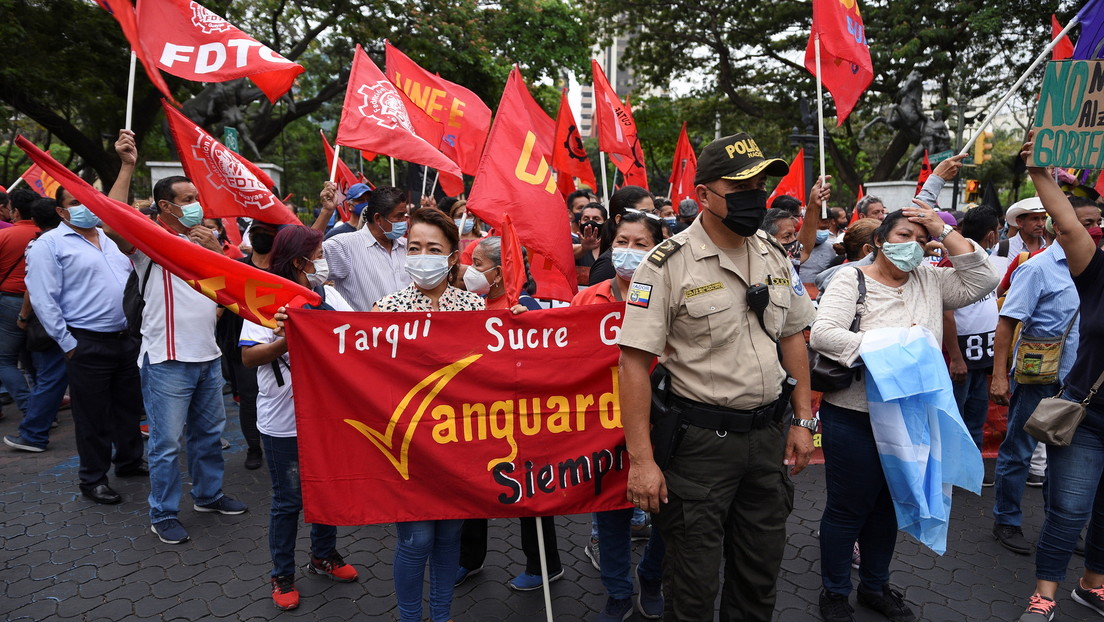 With barricades and repression in the streets, the second day of the protests in Ecuador over the price of fuel passes

The national strike called for Monday, October 26 by trade union, social and indigenous organizations in Ecuador continued this Tuesday, although with less intensity.

The protests are developed against a series of economic measures by President Guillermo Lasso, who took office five months ago, but mainly to demand the freezing of fuel prices, which have increased up to 12% during that period.

In the provinces of Pichincha, Tungurahua and other towns in the mountains, some blockades continued, while other roads that were closed on Monday are enabled or partially blocked, according to the local newspaper. The universe.

At some points where blockages were recorded, hethe National Police fired rubber bullets and tear gas to repress and release the access roads, as it happened, and can be seen in some videos broadcast by social networks, in the neighborhood of Carapungo, Quito.

#ParoNacionalThe actions of the National Police continue in the Calderón sector to try to clear the roads and keep them open. At this time they seek to dissolve the mobilization. pic.twitter.com/AGSYNBDD3A

The day of protest was organized by the Confederation of Indigenous Nationalities of Ecuador (Conaie), the Unitary Front of Workers (FUT), the main labor union in the country, the National Union of Educators (UNE) and the Federation of University Students of Ecuador (FEUE), among other entities.

The anti-government demonstrations take place within the framework of the state of emergency decreed by President Lasso last week to “fight crime and drug trafficking”.

Although rights such as assembly and protest have not been restricted, the measure does imply the presence of the Armed Forces in the streets, which raises the tension.

In Quito, the capital of the country, there were excesses near the presidential headquarters of Ecuador, and there were clashes between police and strike activists.

In addition, the Government reported that since the beginning of the protest, at 00:00 hours on October 26, there have been 37 arrested, five policemen injured and two soldiers detained by protesters, who were in good condition.

The convening organizations demand that Lasso repeal executive decrees 1054 and 231, which determine the gradual increase in fuel prices. They also ask that the values ​​that governed in June 2021 be frozen to reactivate the economy.

That is, at $ 2 for extra gasoline or ‘eco-country’ and $ 1.50 for diesel. To do this, the current prices of $ 2.55 for gasoline and 1.90 for diesel must be rolled back, which the head of state decided on October 22, while suspending the monthly phased increase.