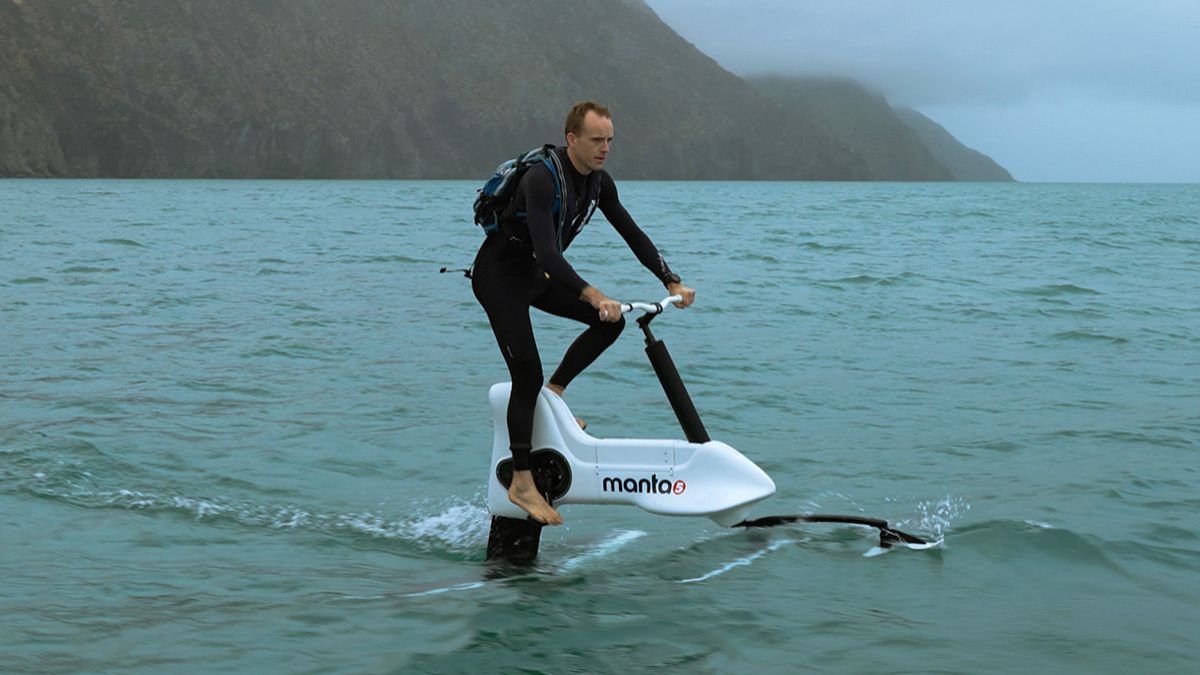 We have 2-wheel bikes, 3-wheel tricycles; There are 1 -unicycles- and 4 -the little wheels that we have all taken as children to learn. And there are those without wheels, the ones we use when we are older at home or at the gym to try to keep in shape. Even in movies like ET or Los Bicivoladores, there are bicycles capable of taking to the skies.

But what about water? Well there are also, that’s what it’s for hydro bikes.

Imagine pedaling at full speed, but instead of on the land, on the water, on the waves of the sea. And not with the typical scooter, but on a bike. A hydro bike like the Hydrofoiler XE-1, the latest from the New Zealand company Manta5 that has decided to launch this summer in Spain and France its new model of hydrobike, a new type of vehicle that reproduces cycling on water and that is “oriented to become a new water sport ”.

Hydrofoiler XE-1, as the brand’s first device is known, showed its first prototype in 2018, and is “a hybrid between bicycle and airplane that mimics the experience of cycling in the water”. But how do you do it? Why doesn’t it sink? The hydro bike uses carbon fiber sheets, similar to those of the America’s Cup sailboats, and has a pedal model with electric assistance to which users can change the level of assistance from the motor.

As expensive as it is novel

And how fast is it going? Well, the first thing is that you are pedaling in the water -or against the water-, so it is already clear that the physical effort required will be high. Cyclists looking to do their best can reach speeds of 11 knots (20 kilometers per hour). But if you want to take it easy, the Hydrofoiler XE-1 offers up to 4 hours of autonomy so that you can go ‘like a sir’ through the water taking a walk.

And the price? Well, since it is a gadget that is literally unique in the world, and with which its creators want “start a new kind of water sport “, its price is not low. In fact it is high, very high, because the Hydrofoiler XE-1 costs 7,990 euros (more taxation). But given its novelty, Manta5 is confident of obtaining a profit of 100 million euros between now and 2023.

Will they get them? Will hydrobikes become fashionable? Will it be a toy of those only for the rich and influencers?