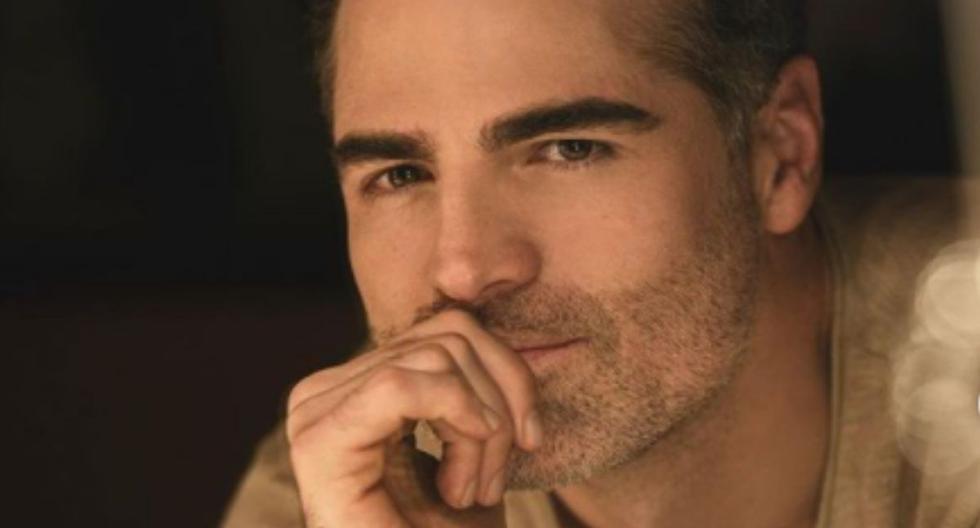 “Without breasts, there is paradise”: the love story of Rorberto Manrique and Oliver Ranft, how they met

The actor Roberto Manrique, recognized for having participated in soap operas such as “Without breasts, there is paradise”, currently enjoys his life with his partner Oliver Ranft with whom they have formed a great bond of love. He confesses that both his friends and family give him all the support in the world.

At 42, the artist surprised his thousands of fans when he made his sexual orientation known through his Instagram account. The actor has also been seen in productions such as “Doña Bárbara”, Los Victorinos “,” The end of paradise “, among others.

It was at the end of August 2021 when Roberto shared the news but his great surprise was when he received the support of his friends and followers. After that, it was possible to learn about his relationship with Oliver Ranft, who has now become the person with whom Manrique comes out.

During the conversation with the revista People revealed details unknown to many, such as how he met Oliver Ranft, his partner whom he saw for the first time at an International Summit on the Environment that was held in the Ecuadorian city of Guayaquil in 2011.

“We met like ten or maybe eleven years ago at a conference. He has always worked in the social sphere, he worked in the United Nations development program and I was a volunteer. He was lecturing at a climate summit – he was in the audience – and when we finished, we said hello. He congratulated me and we stayed connected on Facebook and it wasn’t until three years later that we reconnected and started dating. And the relationship began”, Says the actor.

It also specifies that in 2014 they started dating. From there love smiled at Manrique who confessed that they have been in a relationship with Oliver for seven years and that they live with their dog named Mila.

Commented that Oliver Ranft He has Ecuadorian and German descent and, in addition, he said that his family already has knowledge of their relationship, in addition to indicating that this news was also known to his friends.

“I always thought about factors such as: ‘I have to do it (say that I am gay) at a strategic moment, lest the characters give me blah, blah, blah, or what the reaction of the people is going to be, my image is will be affected ‘. It was that evaluation of how the result is going to be, the consequences; however I knew that moment would come“Said Roberto.

Now, together with Oliver, they enjoy traveling a lot and above all helping, which is why they created the organization Juntos x la tierra, and the Desafío Ecuador foundation after the earthquake in Ecuador in 2016, which allowed them to build a school.

“I am happy with the life that I have formed, with the emotional place in which I am, of emotional and spiritual and psychological health (to which) I have arrived, but I was missing a step. This step was missing to go further“, Held.

Another question you answered Roberto Manrique It was regarding the decision to present before society his partner Oliver Ranft.

Given this, he maintained that said secret was not so unknown to “95 percent of my dimensions and my circles. I didn’t feel like I lived in a closet, I just didn’t talk about it with the press”.